One Of The Proudest Progressives To Have Ever Lived

We lost one of the greatest progressive voices of our time last month with the death of George McGovern.  The tributes were non-stop, the eulogies, especially the one from Vice President Joe Biden, were touching and honest.  We now go on with our lives and the next election, but we here at Wisdom Voices would like to pause a moment and remember this great grass-roots populist and peace activist for his dedicated life of service and truth.  He is this month’s Progressive Profile. 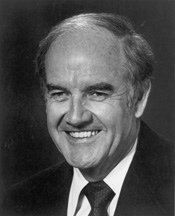 George McGovern: His legacy continues at The McGovern Center for Leadership and Public Service at Dakota Wesleyan University.

We were struck by the number of people who wrote or commented that a vote for George McGovern was the first vote they ever cast (the 20th amendment made voting for 18 year olds a right in 1970).  In a country torn apart by the Vietnam War, McGovern took the torch of leading peace spokesperson from the fallen Robert F. Kennedy.

I don’t think anyone who cast a vote for McGovern in 1972 ever regretted it, especially after the Watergate scandal and the resignation of the “crook” in the White House.   We have always admired and respected George McGovern and there was no question that he would be one of those featured in our book Wisdom of Progressive Voices.

McGovern will be remembered for generations to come – not because he won the Presidency of the United States, but because he was a man of principle who never wavered from his belief in peace and the importance of the role of government to improve people’s lives.

We look back fondly on the life and the words of George McGovern as featured in our book:

George McGovern, the son of a Methodist minister, can be considered the quintessential public servant, liberal and activist.  Born and raised in South Dakota, McGovern embodied the values of hard work, self-restraint, sacrifice and discipline.  Raised in a Republican household, he registered as an Independent, was a Progressive Party activist and became a Democrat after hearing a fiery speech from Illinois Senator Adlai Stevenson.  He is considered by many to have one of the most principled careers in modern American politics.

“Looking back to the committed teachers of the Mitchell (South Dakota) public-school system, I am convinced that good teachers may be as important in the development of a child as good parents,” McGovern wrote.  He credits Bob Pearson, high school history and debate coach, as literally transforming his personality and approach to life.  McGovern’s oratory skills continued at Dakota Wesleyan University as he won the state oratorical contest with the topic “My Brother’s Keeper,” an affirmation of his belief in one’s responsibility to humankind.

After his distinguished service in the U.S. Air Corps during World War II, McGovern returned to Dakota Wesleyan and earned his BA in 1946. He received his Ph.D. from Northwestern University and taught history and political science at Dakota Wesleyan University from 1949-53, at which time he took on the unheralded position of Executive Secretary of the South Dakota Democratic Party – a year in which the state had just elected a senate and house delegation that included 108 Republicans and only two Democrats.  Through his strong grassroots organizing and perseverance, he is credited with almost single-handedly “creating” a Democratic Party in South Dakota.

He was elected to Congress in 1956 and reelected in 1958. As a congressman, he was an advocate for the American farmer and represented the nation’s heartland with distinction.  President John Kennedy appointed McGovern as director of the Food for Peace Program in 1960.  McGovern was elected to the U.S. Senate in 1962 and reelected in 1968 and 1974.  Through the 1960s he supported the domestic program of the Great Society of President Lyndon Johnson on such issues as civil rights, anti-poverty measures, and the environment.  McGovern later served as ambassador to the United Nations under Presidents Gerald Ford and Jimmy Carter, and in 1997 was named the U.S. Representative to the United Nations’ Food and Agriculture Organization.  In 2000, McGovern was awarded America’s highest civilian honor, the Presidential Medal of Freedom.

After the assassination of Robert Kennedy in June 1968, McGovern made an unsuccessful attempt to rally Kennedy supporters and delegates for the presidential nomination.  He captured the Democratic nomination four years later in 1972, but was soundly defeated by President Richard Nixon, who resigned two years later amid the Watergate scandal. McGovern’s campaign continued his constant message of peace during the Vietnam War years, integrity in government and the rights of all citizens.

McGovern, always the campaigner, continues today to fight for the eradication of hunger in the world.  He speaks throughout the country on the topic, which is also consistently addressed at conferences and symposiums at The McGovern Center for Leadership and Public Service at Dakota Wesleyan University.

“I think one of the problems of the Democratic leadership at times has been that it has not been liberal enough. I recognize that I was overwhelmingly defeated in ’72, but I don’t regret one thing I said in that campaign. I still think it is common sense.”

“I had to run against the liberal label every time I was up in South Dakota, and I never backed away from it. I said, “Yes, I’m a liberal in the tradition of Thomas Jefferson, Andrew Jackson, Abraham Lincoln, Woodrow Wilson, Franklin Roosevelt.  I’m proud of that label. I think liberals are responsible for every forward step in American history. And I don’t back away from that. I used to say, I want my opponent to tell me which of the liberal programs he will promise us to repeal if he’s elected. Social security? Medicare? Rural electrification? Civil rights? Where’s he going to begin? Most people that I’ve encountered have no answer to that. 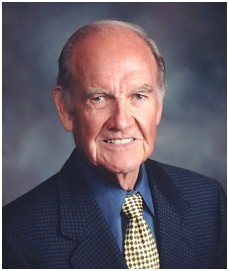 “One reason I am cautious about sending young men off to war is that I have seen what war does.”

“A conservative believes in a limited government, a balanced budget, fiscal restraint, caution in international interventions. A liberal believes in a strong federal government with a constructive role played on the side of ordinary Americans. But conservatives, from the very beginning, from John Adams and Alexander Hamilton down to George Bush, have tended to use the power of government to advance the interest of the business and commercial classes. The liberals have tended to work for the interests of the average Americans — farmers, workers, small merchants, the elderly, minorities, and so forth. That’s broadly the difference.

“If we had just one month of the cost of this war in Iraq, we could fund a worldwide school lunch program, and the world might be more peaceful.  It might even have less terrorism than you can achieve by sending our army into complicated places like Iraq.”

“Every gun that is made, every warship launched, every rocket fired signifies, in the final sense, a theft from those who hunger and are not fed, those who are cold and are not clothed. This world in arms is not spending money alone. It is spending the sweat of its laborers, the genius of its scientists, the hopes of its children.”

“One reason I am cautious about sending young men off to war is that I have seen what war does. Half of the bomber crews that I flew with in WWII never made it home again. The images remain with me after fifty-five years…young airmen laughing and talking over breakfast before daylight, and then a few minutes later being blown to bits when their huge, overloaded bomber filled with men, bombs, and high-octane gasoline crashed during takeoff.  I see the image of a bomber taking a direct hit over the target, catching fire, exploding, and falling in pieces over hostile enemy territory. I tell you these things because no man who has had these experiences will ever again speak carelessly about war.”

“There are 2.7 million people working for the federal government today.  And out of all those people, a grand total of 13 are working on economic conversion from war to peace…For despite all the Republican scare tactics you are seeing in 1972, the truth is that in America today we can find more jobs in peace than in war.  We do not have to send our sons off to fight in order to keep their parents at work.  And we do not have to build arms we do not need, in order to have a thriving and prosperous economy for American workers.”

— 1972 Campaign Speech to the United Auto and Aerospace Workers Union-International Association of Machinists.

“And I have found that the American people have a common hunger to love their country, to take pride in what it does, and to honor what it represents…..We will end our military support of the corrupt regime in Saigon, so the people of Vietnam will be able at last to choose their own future.  And then we will resolve that never again will we commit the young blood of America to bail out a corrupt dictatorship half a world away.”

“Yet we know that for 30 years we have been so absorbed with fear and danger from abroad that we have permitted our own house to fall into disarray…National security includes schools for our children as well as silos for our missiles, the health of our families as much as the size of our bombs, the safety of our streets and the conditions of our cities and not just the engines of war.  And, if we someday choke on the pollution of our own air, there will be little consolation in leaving behind a dying continent ringed with steel.”

Enjoy the following YouTube if you want a quick snapshot of this wonderful man:

This entry was posted in Peace and tagged George McGovern, peace, Vietnam War. Bookmark the permalink.