Take A Look — Or A Second Look — At Aldo Leopold

I was fortunate to catch a replay of the wonderful documentary “Green Fire” on my PBS station this past weekend.  This Emmy-award winning full-length documentary highlights the extraordinary life of environmentalist Aldo Leopold, tracing how he shaped and influenced the modern environmental movement. It’s a great reminder this April as Earth 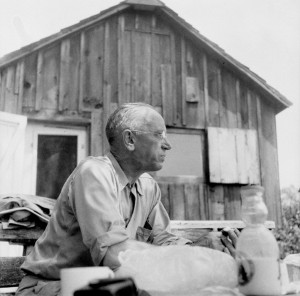 The great wisdom voice of Aldo Leopold is as relevant today as it was decades ago.

Day celebrations abound that we owe a debt of gratitude to the wisdom of Leopold. The film also provides historical perspective as we face unprecedented environmental issues today. Those who walked before us were no less challenged when dealing with the seemingly insurmountable obstacles they faced in the environmental battles of nearly a century ago. Leopold and others toiled tirelessly to try and shape a world that worked in balance with the earth rather than one in which the human species dominated the earth.

“We abuse land because we regard it as a commodity belonging to us. When we see land as a community to which we belong, we may begin to use it with love and respect,” Leopold wrote in A Sand County Almanac, which serves as one of the cornerstones for modern conservation science, policy, and ethics.  His “land ethic,” developed decades ago is as appropriate today as ever.  Simply put, Leopold said: “All ethics so far evolved rest upon a single premise: that the individual is a member of a community of interdependent parts. The land ethic simply enlarges the boundaries of the community to include soils, waters, plants and animals, or collectively the land.”

We were fortunate to feature The Aldo Leopold Foundation two years ago as part of our salute to Earth Day. Our interview with Foundation President Buddy Huffaker detailed the 21st century work being done to carry on the legacy of one of our greatest 20th century heroes. It would serve us all well to remember Aldo Leopold as the issues of fracking, open pit mining, and pipelines dominate the headlines today. 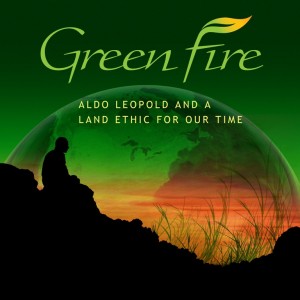 The re-viewing of “Green Fire” prompted me to revisit our interview with The Aldo Leopold Foundation. I invite you to re-read or read for the first time about this incredible man and his legacy. It’s worth a look—or a second look.