The Advancement Project: On The Front Lines of the Voter ID Battle

There are few issues that tear at the basic fabric of democracy as much as the current assault by Republican-controlled state houses to enact voter photo ID laws, which are aimed at nothing more than restricting and suppressing eligible citizens from casting their vote.  We have blogged about it here and we continue to urge citizens to stay engaged and fight back at every level possible.

The Advancement Project, a national organization based in Washington, D.C., has been one of the most vocal opponents of voter suppression laws.  Their research, advocacy and unrelenting push to educate the media and the public about this topic is nothing short of spectacular.  We urge you to visit their web site, and in particular their report What’s Wrong With This Picture.  The report provides some of the best analysis of the current situation and presents some of the most logical and reason-based arguments against voter ID legislation.

Judith Browne Dianis, co-director of The Advancement Project, has been a frequent guest on MSNBC and other national media outlets.  She recently shared her insights and knowledge with Wisdom Voices on this critical topic that threatens the very essence of our democracy.

Q. The Advancement Project does an excellent job documenting and “debunking” the myth of voter fraud.  However, polling continues to show support for voter ID laws.  Does the question get asked in a simple-minded way that ignores all parts of the issue?  If so, can the Advancement Project provide simple information/talking points that combat the knee-jerk response of “sure, there should be ID in order to vote?”

A. The public has been misled to believe that voter fraud is rampant in this country and that photo ID is necessary to protect the integrity of elections.  But the reality is voter fraud is a rarity in the United States, and voter impersonation at the polls, the only incident that could be prevented by these restrictive voter ID laws, is virtually nonexistent.  An extensive analysis of data from all 50 states by the U.S. Justice Department under President Bush found that most instances of improper voting involve registration and eligibility issues, none of which would be prevented by a state photo ID restriction. One academic study found photo ID restrictions would prevent less than one fraudulent vote for every 1,000 legitimate voters who would be excluded from voting by the requirement.

The real impetus of these laws is partisan.  They disproportionately target African Americans, Latinos, the elderly, the young and the disabled. These are the voters who turned out in large numbers in 2008 and largely voted Democratic. In addition, they are the voters least likely to vote for candidates who represent corporate interests over the interests of average working Americans. The laws are part of comprehensive campaign to deny the vote to millions for partisan gain – essentially sacrificing the health of our democracy to win elections.  It is no coincidence that the states that passed these laws are among the top electoral battleground states. Already, 20 new laws in 14 states stand to impact 5 million eligible voters in 2012 – in states representing nearly 2/3 of the electoral votes needed to win the Presidency. In addition to the laws, there are the routine deceptive practices we see employed in election cycles ranging from robocalls in Maryland by Republican operatives to black voters telling them not to vote because their candidate already won on Election Day to flyers telling people that if they have traffic tickets or past due child support they are not allowed to vote or could be subject to arrest if they do.  Finally, we see poll watchers being mobilized by the Tea Party and other right wing forces to intimidate voters and create long lines at the polls.

A frequent argument is that you need ID to fly on a plane, why not require one to vote.  But the TSA’s website explains one can board a plane without ID if s/he agrees to answer some questions to confirm his or her identity. (http://www.tsa.gov/travelers/airtravel/acceptable_documents.shtm). Moreover, the TSA will allow travelers to present numerous forms of ID – an ID from another state, an expired driver’s license, a student ID and other forms of ID that would not be acceptable to vote under voter ID proposals. Thus the question is less about whether voters should have to present identification – most are already required to – but rather, how restrictive the list of acceptable ID. 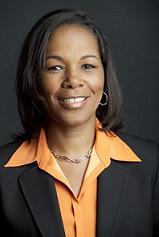 Judith Browne Dianis: Voter ID laws undermine the very pillar of our democracy – the right of every citizen to have access to the ballot box

Q. Has the average citizen missed an important element of the story — that the “voter ID movement” is a coordinated effort by the Republicans, via ALEC?  And if so, how can the word get out about this?

A. The average citizen has no idea of the corporate motives or the partisan forces behind these proposals.  One way, we’ve attempted to educate the public is through a video we did with Brave New Foundation as part of the Koch Brothers Exposed series which has been viewed over 35,000 times.  We are partnering with them in the release of the full-length film, which will expose the Koch Brothers’ influence on a variety of policies, including voter ID.

We are also developing a portal on our website dedicated to voter protection and democracy where there will be an interactive map showing viewers what’s happening in each state, ways to report voter intimidation, fact sheets and video that educate voters about the issue and, in cases where there are voter suppression laws we were unable to successfully challenge legally or overturn, how to get your voter ID.  There will also be links to local and national organizations where people can get involved.

We will be partnering with various media to educate voters through public service announcements and special reports and will continue to blog and speak about this issue forcefully.

We have hosted one discussion around these laws on Twitter and plan to host more.  Meanwhile, we urge people to spread the word through social and traditional media, at churches and in barbershops.  It is urgent; our democracy and our voice is under unprecedented assault.

Q. With your emphasis on expanding voter opportunity, does fighting voter ID laws put you on the defensive, just trying to get us back to square one?

A. Voter ID laws do present a challenge, as they threaten to take us back to a time when people, particularly people of color, did not enjoy free and equal access to the ballot box.  They are a huge step backwards.  But we are fighting them as hard as we can and we are hopeful.

Last year voter ID laws were proposed in 35 states, we defeated them in all but eight.  We petitioned the Justice Department with over 120,000 signatures to use its authority to block these laws a week before they stopped South Carolina’s law from going into effect.  And, we have filed lawsuits – one challenging Wisconsin’s voter ID law under Section 2 of the Voting Rights Act and one in Missouri challenging a ballot initiative which would add a voter ID clause to the state’s constitution. We’ve also filed suit in Pennsylvania just to get access to data on how many voters lack a state ID.

Editor’s Note:  On March 12, 2012, Dane County Circuit Judge Richard Niess found that the Wisconsin Photo ID restriction on voters is in strict violation of the state Constitution and issued a permanent injunction arguing that legally registered voters would be unconstitutionally barred from exercising their guaranteed right to vote under the Republican’s new restrictive law.

Q.  What keeps you hopeful – both short term and long term — regarding trying to stem the rise in voter suppression such as these ID laws?

A. We know that when ordinary people come together and raise their voice in unison, there is social change.   We have already stopped scores of voter ID bills in over 25 states through grassroots coalitions unifying to protect our democracy.   We know that the legacy of Dr. Martin Luther King, Fannie Lou Hamer, Caesar Chavez and the millions of good people who have fought for social justice before us will inspire and strengthen our own resolve as we stand firm for democracy.

We have already debunked the right wing’s claim that there was voter fraud – they now claim they just want to prevent it.  But we are shining the spotlight through the media’s attention.  MSNBC has made it a major issue as have others, and the truth about the real motives behind these voter suppression laws is being exposed.   The DOJ took the right stance in South Carolina and we are hopeful they will do the same in other states.   And we have a number of strong legal challenges underway.

Editor’s Note:  On March 12, 2012, the DOJ blocked a Texas law similar to that of South Carolina.

Q. Can the significant cost of implementing voter ID laws — at a time when state budgets are stretched — be used as an effective tool to fight the trend?

A. Data showing how implementation of voter ID laws straps state budgets could certainly be used as an effective tool to fight the trend.  Implementing photo ID laws could cost cash-strapped states $20 million or more to cover costs of providing ID to those who lack one, notifying all voters who lack ID, educating voters, training staff and poll workers, and increased administrative costs associated with implementation and processing the increase in provisional ballots cast by voters without the requisite ID. After it passed its photo ID law, Indiana spent more than $10 million just in provision of identification to needy voters. Taxpayers are being asked to support laws that are unnecessary and only serve to disenfranchise the most vulnerable in their communities.

A. It is very important that they contact their legislators to encourage them to say no to these laws, write letters to the editor, organize through their own social media and get in contact with organizations that are fighting it.