A Reflection On Earth Day Founder Gaylord Nelson: What Would He Have To Say Today?

We make no secret that we here at Wisdom Voices are huge admirers of former Wisconsin Senator and Governor Gaylord Nelson. The Founder of Earth Day, he exemplified the best of the term public servant. He was one of 23 progressives featured in our book Wisdom of Progressive Voices. Not only was he a strong advocate for the environment, but he was also one of three senate votes against the appropriations bill that launched the ground war in Vietnam.

His genuine concern and love for the environment always comes to mind in April as we as a country honor his memory with celebrations of Earth Day. It is sometimes hard to fathom the idea that 20 million people participated in that first Earth Day in 1970 — all organized and coordinated without the luxury of today’s social media. 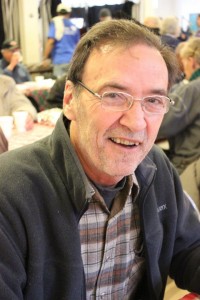 Bill Christofferson, Gaylord Nelson biographer, offers us a look back on the Earth Day Founder.

For a look back and remembrance of this wonderful man who said, “The ultimate test of a man’s conscience may be his willingness to sacrifice today for future generations whose words of thanks will not be heard,” we re-connected with Bill Christofferson, author/biographer of The Man From Clear Lake: Earth Day Founder Senator Gaylord Nelson. The Wilderness Society described the book as:  “A fun book to read-filled with fascinating stories of politics in the twentieth century. We yearn for more political leaders like Gaylord who always voted his conscience and led with integrity and humor.”

We thank Bill for his work with Senator Nelson and his help with our April Progressive Profile.

Q.        What would the Senator say about how we’ve lost focus on the environment? What sparked an interest in the environment for him back in the 1970s that led him to promote an Earth Day that would still be relevant today?

I’m always reluctant to put words into Gaylord Nelson’s mouth, but I think he would say we’ve become complacent about the environment. As many or more people than ever before consider themselves environmentalists, the polls tell us, but there’s not a sense of urgency about environmental issues. It may be that the environmental movement is a victim of its own successes, in that people think we’ve solved most of the big problems.

What motivated him to launch Earth Day was his desire to make environmental issues a part of the national political agenda, and he certainly accomplished that. Earth Day was a means to an end for him, and it was a stroke of genius in that it tapped broad grassroots concerns and activism that was bubbling up around the country but had not been focused or organized prior to Earth Day. He mobilized millions of people, and the politicians responded.

Q.        Do you remember if he foresaw what is happening today? What did he think would be the key environmental issues that “the next generation” would face?

He thought that sustainability would be the biggest issue of the day – how we can manage our natural resources in such a way that they can support future generations. There are finite amounts of resources on the planet, and there are now 7 billion people sharing them. As the world population continues to grow, so will competition for resources. Gaylord would talk about what it meant that the US population would double – twice as many cars, schools, highways, airports, houses, hospitals, and on and on. That is simply not sustainable unless we change the way we live and manage our resources.

“We are all pursuing a self-destructive course of fueling our economies by drawing down our natural capital – by degrading and depleting our resource base – and counting it on the income side of the ledger,” Nelson said in 2000. “This, obviously, is not a sustainable situation over the long term.”

The term “sustainability” that Nelson used isn’t in common usage, but it is unbridled population growth that is at the root of many of the environmental problems and policies now being debated. Do twice as many people require twice as much oil, twice as many autos, twice as many parking lots, for example, or is there another way? He would say there must be another way if we are going to survive with any real quality of life.

Q.        Is there anything you remember that he said or did that could be directly applied to the fracking we are doing today and the cost it has to the environment? Did he have a vision for a “green economy?”

He used to say we need to remember: “The economy is wholly-owned subsidiary of the environment, not the other way around. The real wealth of a nation is its air, water, soil, forests, rivers, lakes, oceans, scenic beauty, wildlife habitats, and biodiversity. Take this resource away, and all that’s left is a wasteland.”  That certainly could apply to fracking, or, for that matter, to the iron ore mine being proposed in northern Wisconsin.

He said he became an environmentalist by osmosis, growing up in Clear Lake, a village of 700 in northwestern Wisconsin, where he spent much of his time in the outdoors, learning about nature. It was always an integral part of his being, what made him tick.

When he joined the US Senate in 1963, you could count the Senators who considered themselves conservationists on one hand. By the time Earth Day rolled around in 1970, they all wanted to be thought of as environmentalists. Congress didn’t meet on the first Earth Day because so many members were invited to speak at events back home. Many of them had to come to Nelson’s office for help with material, because they had never given an environmental speech. But they became converts when they saw the millions of people mobilized by Earth Day, and in the next 10 years, the Environmental Decade, 28 major pieces of environmental legislation passed and became law.

Q.        Who today (more than one person or an organization) represents the best of Senator Nelson’s environmental vision?

Gaylord would, I’m sure, be far too diplomatic to single out any individual, or any one organization, and I’m going to follow his example. I think he would say that his environmental vision is represented in the current generation of activists who work and struggle every day to protect our environment from destruction. They are legion, and they are engaged in their own communities as well as at the national level to promote an environmental agenda. Many of them never heard of Gaylord Nelson, but he is their godfather.

Q.        If he were alive today, what would cause him the most sadness about our treatment of the environment?

I think he would be most disappointed about the number of people who refuse to accept science. Gaylord was someone who did careful research, and based his policy proposals and arguments on science. He would find it hard to understand, I think, those who claim there is no relationship between climate change and the fact that there are 7 billion people on the planet, using fossil fuels – or deny that climate change is even taking place. It’s one thing to disagree about what action to take, and he was always open to listening to other points of view. But I think he would have hard time extending that to people who simply deny the facts.

The example he would give was a fifth grade girl who told him a story about her mother bringing home a can of tuna that did not have the “dolphin safe” label, showing the tuna had been caught without endangering dolphins. She insisted, she told him, that her mother take it back to the supermarket and exchange it. That is a young girl who has absorbed an environmental ethic.

That was part of the genius of Earth Day – that it took root in the schools, at all levels, and made environmental issues not just part of the national political agenda, but part of our school curriculum as well.

To Find Out More…

This entry was posted in Environmental, Progressive Profiles, Wisconsin Politics. Bookmark the permalink.