Can We Realize We’re All In This Together?

As a youngster it was something I often took for granted: public parks, public libraries, public roads (how often we were amazed on the treks from Milwaukee to Chicago when we hit the Illinois Toll Road…who pays to travel on a road we often asked), public health nurses, public employees, and public education. Growing up in the 1950s-60s the concept of we’re all in this together filled my life. “Don’t it always seem to go that you don’t know what you got till it’s gone.”

Today we’ve lost that conversation to privatization — education, prisons, water, the U.S. Postal Service, and even our right to vote (have you ever thought about how we’ve turned the voting machines over to corporations?). And with privatization, profits always trump the common good.

We’re trying to shift the discussion back. Now we tend to refer to it as “the commons,” Taking the dialogue back to “we” rather than “me.” For example, we’re seeing the struggle to keep the Internet open as a common good. If you haven’t followed the discussion on net neutrality, you should. Perhaps nowhere is the idea of the commons or the public good more evident than with the very fundamental idea of the life of our planet; the air we breathe, the water we drink. What could be more common than the survival of our planet? The recent news reports have been grim—to say the least. The U.S. Global Change Research Program report clearly lays out the present danger ahead. Another new study shows human activity has driven current rates of species extinction to 1,000 times faster than the natural rate, causing one of the authors to caution the world is on the verge of a sixth extinction. 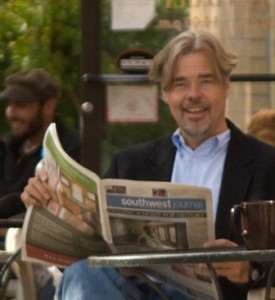 A ray of hope in all of this still remains quite simple and was beautifully articulated by Jay Walljasper, editor of OnTheCommons.org and author of All That We Share: A Field Guide To All That We Share. In his recent article, Walljasper reminds us how a Commons Way of life offers an appealing alternative to more stuff and more money, which drives environmental destruction.

“…For much of history, human progress was guided by a different set of principles than the industrialized, market-driven system now accepted as the natural order of the universe. Look around—at indigenous people and civil society, Internet initiatives and our own households—to see a different way of life characterized by sharing and collaboration rather than production for production’s sake.

We experience this way of life throughout our lives. Especially when we are enjoying time away from work and shopping—at the park, with our friends, playing with kids, participating in community activities. Pressed to produce a word to describe it, we might say common sense—which is pretty close to what some folks call it: the commons.

The commons means “what we share together”, distinct from what we own separately. It’s a form of wealth belonging to all of us, which is there for everyone to use so long as we take care to ensure there’s enough for future generations.”

We were fortunate enough to interview Jay a few years ago when he told us:

“We would not have achieved what we have as a species if everything was reduced to what its price tag is. There are a lot of things more important than what they can fetch in the marketplace. We (at OntheCommons.org) think of the core of the commons as having three pillars: Environmental Protection, which is sustainability; Participatory Governance, which is democracy, and Social Equality. Social equality doesn’t mean that everyone makes the same salary, but it means there aren’t people who aren’t included in the citizenry. These three pieces are really at the heart and soul of the commons.” 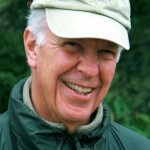 Another wisdom voice we were fortunate to interview was that of Parker Palmer, writer, author, speaker, and activist and founder of the Center for Courage & Renewal. Of the many books he has authored, we have always enjoyed “To Know As We Are Known,” in which he writes:

“…As important as it is to attempt to influence the government, it is even more important to renew the life of the public. Without a public which knows that it shares a common life, which is capable of feeling, thinking, debating, and deciding, politics becomes a theatre of illusion, with everyone watching the drama on stage, hoping to play some part, while the real action goes on backstage in the form of raw and unrestrained power.

And if you want a spiritual take on the commons look no further than Jim Wallis, one of 23 individuals featured in our book “Wisdom of Progressive Voices.” The founder and editor of Sojournersmagazine, Wallis’ latest book, “On God’s Side: What Religion Forgets and Politics Hasn’t Learned About Serving The Common Good,” he expounds that the common good benefits the community. It is the welfare of the whole community, as the proper object of a just law. It is distinguished from individual good, which looks only to the good of a single person.

Jim Wallis challenges us to expand our definition of “neighbor.”

“We have broken our social contracts,” Wallis said. “We are hungry for a new social contract. Inequality damages our way of life and life today in the United States is dramatically unequal. We need to inspire the ideal of the common good because life today is unfair, unsustainable and it is making us unhappy.”

Interconnectedness to all life…the commons…we’re all in this together. However you define living in a society, there can be no starker reminder of what’s at stake than where we are today in terms of climate change. Do you look at life on the planet as a shared space? Or as the great Diarmuid O’Murchu said in a recent interview:

“For me, the relational understanding is summarized in the statement: ‘I am at all times the sum of my relationships, and that’s what constitutes my identity.’ That is what Africans mean by the concept of the Ubuntu. Moreover, our web of relationships is not about other human persons, it is about the entire web of life, how I relate with the animal kingdom, the plant world, the living earth itself, and also the cosmos. That web of relationships is very vast, it’s very complex, and it’s very deep. But, it’s not just about persons.”