Ignoring The Problem Will Not Make It Go Away

How secure is your vote? Have you ever asked, “Why ARE we using non-verifiable touch screen machines to cast our votes?” Do you think optical scanning can’t be fiddled with? What about purging of voters from electronic voter registration books? Think those can’t be hacked? Who do you trust when the topic of “election fraud” is talked about? 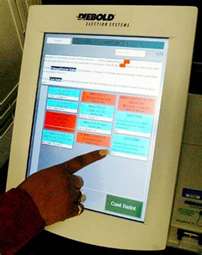 Why do we accept non-verifiable touch screen voting without even asking if it’s safe?

We here at Wisdom Voices Press have long written about the problems with voting in this country. For example, our September 2015 newsletter talked about the continued assault on voting rights; the efforts to suppress legitimate voters from casting their votes; and the antiquated voting machines currently in use. Our web site is full of features and blogs that chronicled our efforts to fight against voter suppression laws that have all too frequently found their ways into Republican controlled state houses since 2010. One person/one vote (that actually can be verified) is the foundation of our democracy. Tamper with any of that and what do you have left?

Discussions about problems with how we vote and who we keep away from the polls is a complex topic with many tentacles. The key to any conversation is to understand the difference between voter fraud and election tampering. As has been documented at great length by many different sources ranging from The Brenan Center for Justice to The Advancement Project, voter fraud is virtually a non-existent problem. It was an idea created by mostly Republican-led state governments to limit voter turnout. Election fraud can range from tampering with electronic voter registrations, to manipulating results from optic scanning machines to casting ballots on unverifiable touch screen voting machines. Many voters have reported seeing their votes flip to other candidates right before their eyes. And what paper trail exists for these machine votes? None.

We were saddened to see Donald Trump recently grab the national microphone on this important topic. There are so many other sane and intelligent people and organizations who can speak to voter suppression vs. election tampering. As Trump continues to muddy the waters between the two, it’s important to understand that election “fraud” “tampering” and/or “hacking” is a very real problem – or at least possess the potential for real problems.

Any political party, any international group, any computer operator in any part of the world can tamper with electronics. How many of us listen to the daily bombardment of advertising by companies clamoring to protect our identity from sophisticated on-line hackers. When power, control and billions of dollars is at stake in elections do we really think that tampering can’t happen to electronic voter rolls and votes? Does it happen? Many of us think so; many other think not. But to deny the potential in today’s sophisticated hacking world is like the ostrich putting its head in the sand.

We wish instead of Donald Trump that the microphone on this topic had passed to Brad Friedman at The BradBlog. Perhaps no one in this country has devoted more time and effort trying to inform the American public of the perils of our current voting mechanisms. In his “Too Big To Rig?” BradCast just last week, as the volume amped up on this topic, he said:

“Now, as Donald Trump has ramped up his claims that the election is being “rigged”, Democratic and Republican officials alike are claiming the opposite is true, that “there’s no way to rig an election in a country this big”. They are either misinformed or lying. Take your pick. Either way, they are misinforming the American people.”

We highly recommend a listen to his fact-based look at the vulnerability of our system of casting votes.

Although the veteran of election integrity watchdogs, Brad is not alone when urging more discussion on this important topic. Other noteworthy voices include:

Harvey Wasserman, an independent journalist and co-author of the book, “What Happened in Ohio: A Documentary Record of Theft and Fraud in the 2004 Election” talked with Democracy Now in February 2016 about electronic voting machines, and “strip and flip.” His interview can be found here.

Black Box Voting, founded in 2003, is a nonpartisan investigative reporting and public education organization for elections. Get lost for a bit of time on their web site. 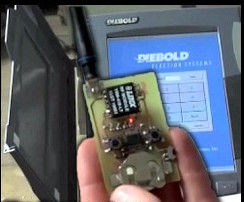 Broken Ballots, written in 2012, begins its look at our vulnerable voting mechanisms with the 2000 presidential election. The authors called that election a wake-up call for all of us. “The controversy following the vote count led to demands for election reform. But the new voting systems that were subsequently introduced to the market have serious security flaws, and many are confusing and difficult to use.”

The Brennan Center For Justice warned about the antiquity of the voting machines in use saying there was an impending crisis with aging voting technology. Unlike voting machines used in past eras, they tell us, today’s systems were not designed to last for decades. In part this is due to the pace of technological change. No one expects a laptop to last 10 years. And although today’s machines debuted at the beginning of this century, many were designed and engineered in the 1990s.

The class action suit filed just month ago against the Democratic National Committee alleges multiple incidents of election rigging, including irregularities in the Illinois primary with electronic voting manipulation.

Paper ballots. Hand counted and verified. Some things in life should take time. You want instant coffee or microwave popcorn? That’s great. But the foundation of one person/one vote that is counted is something that should take time.

The problem, however, with hand marked paper ballots is that most of them are run through optical scan computers to be scanned. The problem is, they often don’t work. You can’t tell whether they have worked properly, whether they have accurately recorded the vote, unless you actually hand count the paper ballots — begging the question of why the hell are we using these optical scan systems in the first place. So when you have a paper ballot, at least it is verifiable if anybody bothers to do a hand count. But we don’t bother to do so in this country; almost never. When problems are found, often they are completely ignored.

So that’s why I’ve argued for years now that the most transparent and reliable way to run an election is to hand count the paper ballots at the precinct on election night publicly in front of everyone with the results posted at the precinct before those ballots are moved anywhere.

Short of that, it really is faith-based elections.

Remember that crucial vote last summer on whether the UK should leave the European Union? Remember waiting for those results? Guess why? They were done on paper ballots. From David Lindorff’s OpEd piece after the election:

But for the US, which is not a party to the EU, there is also a huge lesson: ‘Brexit,’ despite being opposed by the political establishment — Conservative and Labor — and by the corporate elite of London’s City, the financial capital of Europe, won this vote. And the reason the opponents of UK membership in the EU were able to win against all that powerful opposition, has, in no small part, to do with the fact that all the voting was done on paper ballots.

Ireland Tosses Electronic Machines: What did the Republic of Ireland do after its trial run with e-voting? Esquire’s Charlie Pierce explained back in 2012 why they were literally scrapped.

Our final thoughts as we head toward the end of this 2016 election season.

Don’t kid yourself. Any person and any party can hack any database, anywhere. This problems has been with us now for decades. Will we continue to ignore it or finally ask ourselves, “if they can hack my banking account, why can’t they hack an election? – whoever the “they” is.

This entry was posted in Democracy, FEATURED, Voting and Electronic Voting Fraud. Bookmark the permalink.