Too often the pain and suffering (physical and monetary) of everyday people in this country is lost during a debate or discussion on healthcare. We are set to begin implementation nationwide of the Affordable Care Act (Obamacare) and yet, despite all the rhetoric and shouting about “government take over” of healthcare, the reality is that the ACA still promotes and does little to change our current for-profit health insurance system.

Although most people admit the ACA will provide baby steps forward, millions will still be without insurance once the ACA is implemented and those who do find coverage under the healthcare exchanges will more often than not be driven into the current existing for-profit health insurance industry.

Single payer remains the most viable option to cover every citizen and to drive down healthcare costs. As one speaker at a recent national conference on single payer put it: “Want to lower healthcare costs? Remove the profit. It’s that simple.”

But how does one cut through the political noise and help educate people and politicians about the need for single payer (everybody in, nobody out) and how single payer is the best system designed to provide real healthcare to people vs. offering people insurance plans put forth by for-profit insurance companies. Those plans are still designed to make money by denying people access to and coverage of healthcare. 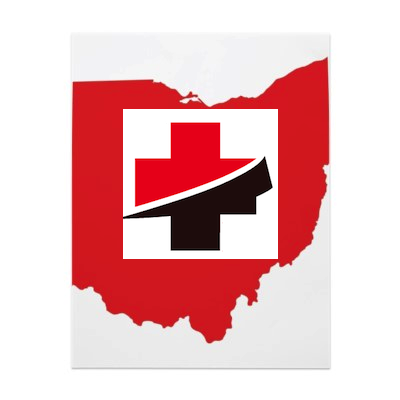 Mercy Killers will be performed in Columbus, Ohio Feb. 17-March 9.

For actor and play write Michael Milligan he took matters into his own hands and followed his professional craft. He wrote a one-act, one-man play called Mercy Killers. The poignant drama cuts to the chase: healthcare is a human right, not a commodity. The Julliard-trained actor calls it his “attempt to provide a mirror for people so they can see the deep contradictions and tragedy inherent in the system as it stands now.”

Mercy Killers will make an extended run next month in Columbus, Ohio, February 17-March 9 at the Van Fleet Theater. Performances of Mercy Killers are free and made possible entirely by donations and support. For more information on how to “order tickets” and help fund the performance, click here.

The incredible strength of the performance is the character development of “Joe,” the apple-pie loving, Rush Limbaugh listening, blue-collar worker who struggles with the uniquely American experience of losing your health in the land of plenty. Milligan’s performance strips away the polarization of the political debate and opens the door for real conversation as to “how can this be happening here.”

Having seen the play in one of its initial performances, I was struck by the audience’s ability to understand that storytelling is still the best way to help people better recognize the stakes of the American healthcare debate. Bring people together, show them a play such as Mercy Killers, have a Q&A exchange afterward, and the conversation can never be the same – no matter how “free market” your thinking of healthcare may be.

“Although the Affordable Care Act will have a positive benefit for many, including protections for those with ‘preexisting conditions,’ Medicaid expansion, and allowing young adults to remain on their parents plans, I am skeptical that it will have much of an impact on medical bankruptcies,” Milligan said. “It also does not adequately address the related growing problem of people being ‘underinsured.’ Insurance companies continue to raise premiums, deductibles and copays in ways that make affordable care more difficult for middle class families.

“Most importantly, the Act is not based on the principal that healthcare is a basic human right and public good. I don’t believe as a society we will be able to make the necessary fundamental changes to our healthcare system until we collectively accept this principal. Once we do, there are different solutions available.

“Mercy Killers isn’t a policy polemic. It’s my attempt to provide a mirror for people so they can see the deep contradictions and tragedy inherent in the system as it stands now. Hopefully, I will win some hearts to the principal of healthcare as a right and public good. The subsequent dialogue resulting from that shared principal can iron out policy.”

As reviewer Josh Starcher of Health Care Now-NY wrote: “Michael Milligan’s breath-taking performance of a shattered man in the throws of a healthcare nightmare, made only worse by the twists and turns of insurance companies, truly humanizes the vast inequities of America’s for profit health insurance system. You will be talking about ‘Mercy Killers’ long after the curtain draws.”

“I’m bringing the show to Ohio because that’s where I’m from,” Milligan said. “By collaborating with Single Payer Action Network, I hope to engage an audience we might not otherwise reach. Also, the performances are free, the production is very low budget, so there are fewer constraints in terms of what I can say.

“The run is going to be funded by people’s donations. I don’t want to sell a product. Everybody’s always been beating me over the head with this idea that I need to be like a businessman. The deepest impulse of my Art is to share it, give it away. In my soul, I feel like a guy who plays his saxophone on the subway, because he loves to play it, and whatever people throw into his hat is a bonus. People will think this is unrealistic. But if they knew how ridiculous a career in ‘theater’ is anyway in terms of trying to make a living, this model wouldn’t seem so crazy. “

In addition to the run in Columbus, Milligan plans to travel throughout Ohio to perform at alternative venues such as Cleveland State University, other community theaters, union halls, and public libraries.

For others around the country looking to spark a discussion on how to take the profit out of healthcare and push the country to a single payer system, find out how you can bring Mercy Killers to your community by clicking here.