Remembering History To Build ‘A New Journalism For A New Age’

“The basis of our government’s being the opinion of the people, the very first object should be to keep that right; and were it left to me to decide whether we should have a government without newspapers or newspapers without a government, I should not hesitate a moment to prefer the latter.”

Muckrake: To search for and expose real or alleged corruption, scandal, or the like, especially in politics.

Muckraker: Those that did the exposing.

In our history, muckraker journalists dominated the Gilded Age of the early 20th century and helped lead the advent of the American Progressive Movement. The great muckrakers rose in response to the “yellow journalism” of their time, which had exaggerated facts, and obliterated objective journalism. One of the best of the best of the muckrakers, so labeled by President Teddy Roosevelt, was Ida Tarbell.

It was Tarbell’s 19-part series in McClure’s, “The History of Standard Oil” that riveted the nation upon its publication in 1902. The series lasted until 1904, with the populace eagerly awaiting her next installment. It eventually led to the 1911Supreme Count decision to dissolve the Standard Oil Company in the great trust-busting era of Roosevelt.

Fast forward more than a century and times remain eerily similar. And the need for real journalism has never been greater.

Many of us have watched with dismay at the corporate control of our media and the domination of 21st century “yellow journalism” everywhere we turn. Long gone are the days of independently owned major media outlets, which played such a crucial role since the founding of our country. The powerful role played by the Washington Post and their two young reporters Carl Bernstein and Bob Woodward as their brilliant investigative journalism broke open the Watergate scandal that led to the resignation of President Richard Nixon seems like ancient history.

In fact, a recent article in the Seattle Times, noted:

In less than a decade, newspaper ownership in the United States has changed at a dizzying pace; these days, it rests increasingly in the hands of a few largely anonymous investment funds. Of the 10 largest newspaper owners in the country, six are now investment firms,

Investment firms are concerned with profits, not with being part of the Fourth Estate. The Fourth Estate – a term born about the time of our country. It’s most commonly used to designate the critical watchdog role of the news media, which Thomas Jefferson and our Founding Fathers saw as an informal complement to the internal system of government checks and balances and which was intended to represent the public interest. It’s a role that shrinks with every corporate takeover and consolidation that has so consumed us in the 21st century.

Into that void comes a new venture called “Tarbell,” the latest offering from corporate whistle blower and author Wendell Potter.

“If we’re going to take back our power and change the status quo we must have the facts about who is really in charge, said Potter.

“This is why I’m launching Tarbell. We will investigate the people and organizations with deep pockets who have stolen our power. We’ll explain who they are and how they do it and connect the dots. We’ll also spotlight solutions and provide tools to drive change. We’re independent. We’re reader funded; we’re non-profit and we will not accept advertising. Members will interact with our journalists and interact with our reporting processes. 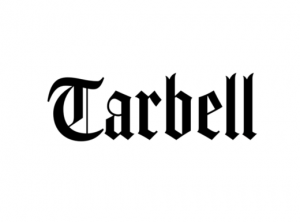 “Tarbell will disclose who really runs America and we’ll build a movement to create a new journalism for a new age.”

Tarbell, based in Philadelphia, will investigate moneyed interests and explain how the billions spent to protect a profitable status quo so often does great harm to “we the people.” Success will depend largely on us for funding, engaging, supporting, and promoting its work. “People powered” and “crowd funded” means it’s up to us to carry on the needed work to ensure we stay well-informed and make the critical decisions that will determine the fate of our country and our lives.

Click here to add your name to this important venture.