Single Payer: The ACA Will Not Silence Their Efforts

The noise from the national political right continues to promote: Elect us and we’ll repeal Obamacare. Again and again we see them try even now in the U.S. House of Representatives. Some Republican governors (Scott Walker in Wisconsin) garner headlines for denying coverage via their lack of expansion of the Affordable Care Act (ACA) provisions, while others grab the spotlight for pushing Medicaid expansion through their states (Jan Brewer of Arizona). And others, such as California continue to be encouraged by what they see as they enthusiastically build the infrastructure to support the exchanges. 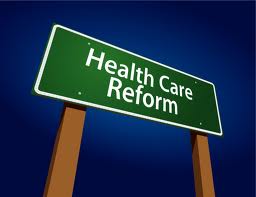 Yet, working quietly, but persistently, throughout the country are those who understand the simple truth about the ACA as stated by Minnesota state representative John Marty: “We’re not giving up,” said the primary author of The Minnesota Plan, the statewide single payer plan for the Land of 10,000 Lakes. “The ACA will help some people, but it doesn’t fix the problem of our delivery system,” he said Wednesday in St. Paul after leading a workshop with fellow representatives interested in pursuing passage of the plan in the 2015-16 legislative session.

The workshop was followed by a special presentation of Mercy Killers, the one-person, one-act play written and performed by Julliard-trained actor Michael Milligan. The play is a passionate example of how our country’s for-profit health care delivery system fails so many. Set in 2010 on the edge of Appalachia, the audience follows the story of “Joe” and his journey of dealing with his wife’s diagnosis of cancer.

“By next year, I’ll have to change some of the play to update it because of the ACA, Milligan said after Wednesday’s performance. “But Joe may still be facing some of the same problems, even with the ACA in place. He may still make too much money to qualify for subsidized coverage and there still is no guarantee that people won’t still face medical debt and bankruptcy.” Massachusetts, Milligan pointed out, where Romney Care, the basic structure of the soon-to-be implemented ACA, has not eliminated the worry of high medical debt for its residence.

As most proponents of single payer know, as long as “for-profit” insurers are in charge of providing health care in this country, profit, not health care for people, will remain the primary focus of how health care is delivered. And even with the ACA, the Congressional Budget Office estimates that 30 million American will remain uninsured. 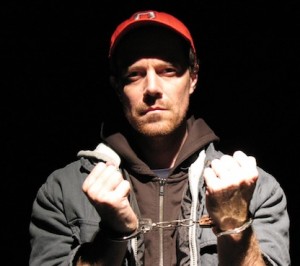 After Milligan’s Minnesota tour ends, he will head to Edinburgh, Scotland for the Edinburgh Fringe Festival in August, prompting one audience member to ask: “Isn’t this play too American for those in Scotland?” The United States remains the only industrialized nation in the world that does not support some form of single payer, national health plan, or the guarantee of medical coverage for all of its citizens.

“The Scots love to look down at us and our health care system,” Milligan chuckled. “And they are particularly proud of their National Health System. With (David) Cameron trying to chip away at the NHS, this play will offer them a view of what privatization really looks like.”

Marty was encouraged by the reception legislators gave his workshop and the play. “We’ll be looking to push forward in the 2015 session,” he said. “Most of those today told me they weren’t interested in learning more. They now want to help make it (single payer) happen.”

On a national level, labor continues to lead the way to keep the single payer efforts strong. Some great sites to monitor include, Labor Campaign for Single Payer. Check out their site for updates on what’s happening in New York. And Campaign for a Healthy California continues to work with several Bay Area unions, as well as Progressive Democrats of America (PDA), California Alliance of Retired Americans (CARA) and the California Progressive Caucus of the California Democratic Party to develop a strategy and plan to win Improved Medicare for All in California.

So how effective will the ACA be while many in-the-know realize it is far from perfect and a long way from where we want to be? To quote the sagely high school basketball coach of years ago when asked if he thought he would win a tournament game: “That is why we play the game.”

Stay tuned. I continue to remain hopeful that the ACA will lay the foundation and infrastructure to take us where we need to be as a people and as a country—Single Payer. It remains the only answer.