The Back To Work Budget: Learn More And Advocate For It

I’m looking for a silver lining today. I live in Minneapolis and today the snow is blowing and the wind chills will be below zero as it says spring arrives on the calendar. But I do have a great silver lining. Living in Minneapolis means I have Keith Ellison as my U.S. Congressional representative.

Ellison, as co-chair (with Rep. Raul Grijalva) of the Progressive Caucus, introduced the Back To Work Budget last week. This budget cuts through the hysteria of the “sky is falling because of deficits” and puts common sense back into play on how to attack the real problems facing us as a nation and as a people.

High-level bullet points on the Back To Work Budget include:

It addresses everything that polls say Americans want.

You say you haven’t heard about the Back To Work Budget? Well, then go find out more. Here are some easy links to do just that:

The budget was prominently featured on the great Up With Chris Hayes show this past weekend (it’s worth watching to see the graphics that show just how far right the budget conversation has gone. Even the senate’s Democratic budget proposal is closer to the Ryan Budget than it is to the common sense approach of the Back To Work Budget).

Common Sense…it oozes from every pore of the Back To Work Budget. We as a country face a moral challenge as well as trying to reconnect with common sense. The few religious leaders who have shown hints of moral courage have all echoed the same sentiment: A budget is also a moral document. It reflects your ideals and priorities. That’s true of a family budget as well as a country’s budget.

Here’s what Ellison and Grijalva said when they released the Back To Work Budget:

“We can either cut Medicare benefits to pay for more tax breaks for millionaires and billionaires, or we can close outdated tax loopholes and invest in jobs. We choose investment.

“The Back to Work Budget invests in America’s future because the best way to reduce our long-term deficit is to put America back to work. In the first year alone, we create nearly 7 million American jobs and increase GDP by 5.7%. We reduce unemployment to near 5% in three years with a jobs’ plan that includes repairing our nation’s roads and bridges, and putting the teachers, cops and firefighters who have borne the brunt of our economic downturn back to work. We reduce the deficit by $4.4 trillion by closing tax loopholes and asking the wealthy to pay a fair share. We repeal the arbitrary sequester and the Budget Control Act that are damaging the economy, and strengthen Medicare and Medicaid, which provide high quality, low-cost medical coverage to millions of Americans when they need it most. This is what the country voted for in November. It’s time we side with America’s middle class and invest in their future.”

Many of us watched last week when Scott Proudy, the “cameraman” of the Mitt Romney 47 percent comment fame, came forward to talk about the “how” and “why” he released the tape. One of the overarching comments after his interview was the reflection on the importance of what one individual can do to change the conversation in this country. 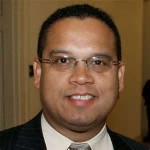 I’ve taken that to heart. What can I do to help further the Back To Work Budget? I can’t call my congressman – he co-authored the legislation. One small drawback to having Keith Ellison as my rep. But I can write about it. I can ask others to call their elected officials – senators and congressional reps.

Silence is complicity. I urge all of you who read more about the Back To Work Budget to be silent no more. Austerity and a budget that benefits only a few is what awaits us if we don’t speak up and act. There was a time in this country when we built a middle class, trumpeted education and worked to create a sustainable environment. We can do it again.

After living in Minnesota last fall and watching first hand the power of the people to turn back amendments on voter ID and banning gay marriage, I know that a people’s movement can change thing. The first step is doing something.