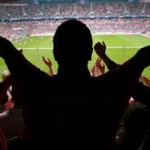 When the Penn State scandal broke earlier this month, there was some talk as to whether or not the Nittany Lions should suspend the rest of their football season.  I, for one, thought they should.  Take a bold step.  Understand the significance of what happened.  Take time to reflect on the horror of what was allowed to happen under the watch of one of the most respected football coaches and college institutions in the land.  Show someone that money, power and control – the roots of this scandal – could be addressed by those in charge. Recognition, so to speak, that there was more to life at a university than its football team.

OK, what’s the next logical step?  Surely the Penn State football program would reflect on whether or not they would go to a bowl game this year.  Just because they are eligible (having already garnered six wins) doesn’t mean they have to go.  The fun, hoopla, and circus of a bowl game are certainly not the spot for a program that needs deep reflection.  Not to mention there seems to be weekly updates and allegations that make this scandal even more distasteful.

A very logical and “grown up” approach could be:  Close the season out at Camp Randall Stadium against the Wisconsin Badgers.  Tell the players that life sometimes holds unfair and unfortunate circumstances for them.  What a life-long lesson to be gained.  Take the flight back from Madison and close down the locker room for this year.

Well, apparently not.  After watching the Big 10 Network’s football show last night, it appears that Penn State is in the running for possible bowl selection. It’s apparent that Penn State officials are full speed ahead on this season as if nothing has happened…as if the rest of the nation still isn’t talking about the scandal, the school’s role and the impact it will have for years.

So, I decided to see if perhaps someone in the Big 10 Conference might be able to shed some light on this.  Maybe someone in the Big 10 offices has gotten ahead of the game and decided that maybe this year, it would be OK for the Big 10 to pass on the several million dollars to be gained from the TicketCity Bowl, or the Little Caesar’s Pizza Bowl.  Show integrity, maturity, and say:  “We recognize that something went horribly wrong at one of our conference schools.  We have made a conference decision and have decided to vacate one of our eligible bowl spots.”

Could that happen?  Maybe.  But not yet.  I just tried calling the Big 10 offices and the three people to whom I was transferred were at least consistent in their response:  “The Big 10 Conference has no comment at this time.”

My only hope is that the Big 10 has at least discussed the possibility.  I always hope that adults will “do the right thing” in situations like this.  Over the course of the years, I’ve been more disappointed than anything else by the action of the “adults” in the room.