We Reap What We Sow: The ‘Stupidity of Evil’

Education has always inspired fear among those who want to keep the existing distributions of power and wealth as they are.”

I’m not sure we can write anything better to sum up the social and moral tragedy of this past weekend than the blog posted by the great Juan Cole, professor of history at the University of Michigan. In case you missed the event referenced, students from an all-male Catholic high school in Covington, KY surrounded a Native American protest in Washington, D.C., intimidating Native Americans gathered for the first-ever Indigenous People’s March, at the Lincoln Mall. That demonstration was designed to call attention to the global injustices faced by Native communities, including: 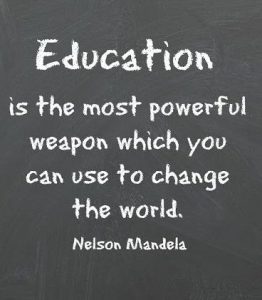 These students, part of a larger group of Catholic high schoolers, were gathered in Washington that same day for a “March For Life” at the National Mall. No matter how media and others try to spin the story, the fact that MAGA-hat and T-shirt wearing Catholic male high school students found themselves smirking and laughing at elder and Vietnam War veteran Nathan Phillips (or using racist terms like ‘Black Muslims’) illustrates many things of what happens when we fail as a society in the realm of investing in education.

One key topic in Cole’s article, entitled The Stupidity of Evil: Teens Shouting ‘Build that Wall at Native American, that caught our eye was the emphasis on that failure – both individually and institutionally – to effectively teach history to the next generation (Just what does a history class or religion class at Covington Catholic High School look like?) One of Cole’s observations is:

How stupid do you have to be to chant “build the wall” at a Native American whose people were here at least 13,000 years ago before the European undocumented migrants showed up in their lands?

How stupid do you have to be as a Catholic not to know that anti-immigrant slogans like “Build the Wall” and “Make America Great Again” are the descendants of the racist slogans (such as “Keep America American”) that white Protestants of the 19th century ‘Know Nothing’ secret society chanted at Catholic immigrants from Ireland and Italy and Germany just before they burned down Catholic churches?

We have written countless times over the years in our newsletter and on our website lamenting the demise of education, history (and civics), and liberal arts within our society over the past 40 years. This demise includes everything from defunding our public schools to listening to right-wing pundits laud former Wisconsin Governor Scott Walker’s appeal to voters as being rooted in the fact that the non-college educated Walker didn’t carry the “elitist baggage” of higher education.

How do we become “stupid?” One of the ways is we forget our history and our history of supporting public education (who among us doesn’t have an immigrant ancestor who went to night school to learn). Another way is to downplay the importance of liberal arts education – to teach us the skills of logic and critical thinking. “Education for education’s sake.” It cannot be stated enough. We are the fruits of what we have sown.

To sum up his article, Cole writes:

Nathan Phillips said he is afraid for where the country of going because of the wave of hatefulness sweeping the country.

He is too polite to blame Trump for our collective national two minutes of hate, but I’m not. This incident was Trump’s fault.

Mean boys in high school acting out evil may be a bit banal as well. But if Nathan Phillips is apparently afraid that hatred is contagious, I am afraid that stupidity might be an infectious disease. 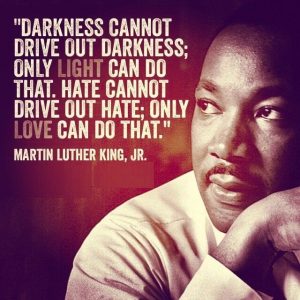 We are reminded of a nun who taught history years ago who once remarked: “98 percent of the world’s problems could be solved with love…the other 2 percent with semantics.”