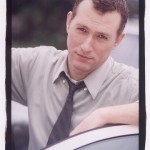 Brad Friedman: "The systems we use for voting are absolutely insane."

The 2012 election season will be here with one more flip of the calendar.  The right to vote, the cornerstone of our democracy, is once again under attack in many states which have passed recent legislation trying to limit access to the polls.  But an even deeper corruption of our most basic democratic right remains firmly implanted in our electoral process, ready to rear its ugly head once again.

“If you look at some of the Republican debates we’ve had, you’ll see Mitt Romney and others have brought up the problems we face because China is hacking into our corporate computers,” said Brad Friedman, publisher and executive editor of The BRAD BLOG.  “And it’s an issue of national security they say.  And so while China is hacking into our computers Mitt Romney wants to say, now go out and use one of those computers that he’s complaining about – and correctly so – to vote for me.

“The systems we use for voting are absolutely insane and the fact that it’s not considered a problem is insane.  And if you look back to Watergate, which was an undermining of our system of democracy, it is so much easier now than it was during Watergate to do just that.  You now have one person, who with a few keystrokes on a computer can flip the results of an entire election with no possibility of ever being detected.  It’s just that easy.”

Friedman, investigative journalist extraordinaire, has won numerous awards for his writing, reporting, and political commentary on a variety of topics (see sidebar).  But perhaps none is more close to his heart and exhibits his passion more clearly than the work he has done to expose electronic voting manipulation and the threat it posses to our democracy.

“People used to use the words ‘conspiracy theory’ to discuss this,” Friedman said.  “But it’s not a conspiracy because it takes only one person to do this and it’s certainly not a theory anymore because we’ve seen scientific studies in state after state show how easy these voting systems are manipulated.”

Just how easy is it to manipulate the electronic voting system?  Friedman’s report/interview with Dr. Roger Johnston of Argonne National Lab’s Vulnerability Assessment Team illustrates that with less than $30 and an 8th grade computer lab education, remote control “flipping” of votes is as easy as a push of a button.

“We worry about access to the polls, but we don’t much worry about what happens when they get into the polls…whether the votes are counted accurately or even counted at all,” Friedman said.

Friedman, a St. Louis native, did not hone his “nose for news” in a traditional journalism school environment, but his muckraking instincts would make Edward R. Murrow proud.  Friedman is a living example of what Bill Moyers said recently:

“I didn’t originally start The BRAD BLOG to do what I ended up doing,” Friedman said.  “But I started to notice things that simply were not being covered by the main stream, corporate media.  I started looking into them, asking questions, and doing actual reporting and I found my reports were being picked up the Washington Post, the AP, and the New York Times.  I was doing a lot of their work for them.  I used to call myself an investigative blogger because I didn’t go to J-school, so I didn’t wish to insult journalists who did.  Then I got a better look at what journalists were actually doing.  It was so bad that I had no problem calling myself an investigative journalist.

“One reason we find ourselves in the mess we do today is because the media have so dreadfully fallen down on their jobs over the last 10 years.  It’s beyond sad.  It’s damned dangerous.  For the last 10 years there just has been nobody home.  Yes, there were corporate takeovers of the public air waves and mergers in the news business that meant investigative staffs were let go, but still the folks who were left simply became stenographers for the powerful and it has literally killed us.  The failure of the media to do their job helped lead to wars where thousands are dead for absolutely no reason that anyone can identify today.”

It was the lack of media coverage of the 2004 Ohio presidential vote tally that led to Friedman’s initial work on electronic voting machine manipulation.  “Something went so transparently and obviously wrong in Ohio in 2004 and not only were the media not doing anything about it, the media were actively marginalizing those of us who were,” Friedman said.  For those who may need a refresher course on the fiasco that was Ohio in 2004, and the shenanigans of the recount efforts (that resulted in two Ohio election officials being sentenced to jail for gaming the recount), the best place to go, of course is…The BRAD BLOG.

“There are a few of us reporting on this (electronic voting manipulation) and there are some great election integrity advocates around the country, but too often they don’t become advocates until it’s too late,” Friedman said.  “Take Wisconsin, for example.  There are some great folks in Wisconsin who I suspect this time around (if there is a recall of Gov. Scott Walker) who will do a lot more work in advance.  But during the Supreme Court elections (in April), a lot of people in Wisconsin were just caught off guard.  They had no idea that their voting system was so easily manipulated and lacked so much transparency, that they became election advocates after the fact.  After 14,000 votes were announced to have almost appeared out of thin air.

“And that’s the same for candidates.  It’s only after they are literally screwed by these voting systems that they realize just how dangerous they are.  And that’s for Democrats and Republicans alike.  I find myself working with Joe Miller (Tea Party candidate) in Alaska because he found out just how bad the electronic systems are in Alaska.  He doesn’t use the words ‘conspiracy theory’ any more.”

As we head into 2012, does Friedman see a light at the end of the tunnel on these dangerous, untransparent, electronic voting systems used in our country?

“We’re slowly moving past preaching to the choir,” he said.  “One of our biggest successes is having turned the tide on touch screen voting (Direct Recording Electronics).  People realize that you need to have a paper ballot.  What they still don’t seem to understand is that with optical scanning, which is used pretty much in the rest of the country, those systems are still computers and they are still secretly counting your votes.  Unless you count the actual ballots, you’ll never know whether a computer system is doing it correctly or not.  And if you’re going to do that, it then begs the question as to why we don’t do that to begin with. 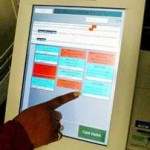 If you vote on a touch screen machine, you cannot be sure your vote was counted.

“It drives me crazy when people say we need a paper trail.  No, we need paper ballots.  And the paper ballots have to be counted by human beings, at the polling place, on election night, in front of the public — all parties and video cameras — in order for us to know that the ballots were counted and counted accurately.  It’s not rocket science to add 1+1+1.  But that’s what we do now.  We apply military grade encryption (if you’re lucky) and we use insane expensive systems that fail and that can be gamed.  It’s just crazy.”

Perseverance and a sense of responsibility is what keeps Friedman focused.  The road, however, has not always been an easy one.  Breaking down the barriers to a story as deep as electronic voting manipulation presents a unique set of challenges, even for the strong of heart. “For my generation, there was not a lot asked of us.  We didn’t have to go off to war, so this is where I can find myself being useful.  I have a responsibility to the country…so to that end if I can report something that is not being reported or won’t be reported, that’s my responsibility. I try to cover as much as I can and cover only things that matter.

“I don’t cover the ‘horse races’ (presidential elections) very often, but I do cover the track conditions for those races, because no one else does.  You can have the greatest horse in the world, but if they’re running on a muddy track, they may not win.  And very few people cover that.

“I’m encouraged to see that people are waking up and hitting the streets and actually getting involved.  Similarly they can show up at the polling places to vote or protect the vote. And hopefully to stick around and watch the votes counted as best they can. So it always comes back to ‘We the People.’  And I have faith in we the people…and I think we will overcome the corporate forces aligned against us.  I think a lot of people are like me; they realize they don’t have any choice and that if it takes awhile, so be it.  We’re here for a while.  It can get exhausting, but we have no other choice.”