For Your Reading Enjoyment…

We are pleased to be sharing the great reading lists that the team at Winning Progressive put together.  This is a great site with great features and we at Wisdom Voices think their recommended reading list is something worth promoting. 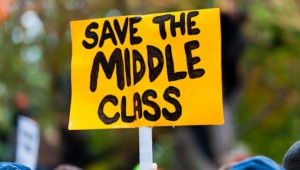 If you missed the Bill Moyers promo for the great Frontline coming up entitled “Two American Families” check out the reference in this week’s reading list. As a Milwaukee native, it was a sad report on how we’ve let our cities die. And as cities die so too does the middle class.  More great reading on that subject as well with this week’s list.

Winning Progressive is a husband and wife duo who use their free time and skills to give a strong voice to sensible progressive values. He’s a non-profit lawyer. She’s an author. When they aren’t working or staying up late at night scheming about how to best support progressive politics, they enjoy learning about old architecture and reading history books (he’s got a yen for anything FDR) and fiction (she’s got a love for Alice Munro and J.M. Coetzee). One has cancer, and one has a parent with Alzheimer’s disease. This takes up a bit of our time too and reinforces the need for access to quality, affordable health care in the United States.

Featured here is their recent post on the dominant role religion plays with the current field of GOP candidates — and why we should be taking notice. 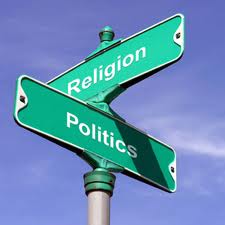 Recently, GOP Presidential candidate Michele Bachmann held a rally in which she made the latest in a long line of truly batty religious statements, claiming:

I don’t know how much God has to do to get the attention of the politicians. We’ve had an earthquake; we’ve had a hurricane. He said, ‘Are you going to start listening to me here?’ Listen to the American people because the American people are roaring right now. They know government is on a morbid obesity diet and we’ve got to rein in the spending.

Bachmann’s statements, combined with Rick Perry’s close association with dominionism and the New Apostolic Reformation, which seeks to accelerate the day of the rapture, raises the important question of how carefully voters and the media should scrutinize the religious beliefs and associations of people running for elected office.

Last week, the New York Times‘ Bill Keller wrote a column urging that we more carefully scrutinize the religious beliefs and associations of the various Presidential candidates, and set forth a series of questions that he was posing to the campaigns of Bachmann, Perry, and other GOP hopefuls. The response from the right has been to contend that the religious associations and beliefs of these candidates are largely irrelevant and overblown by the media and/or that the association of candidates like Perry and Bachmann to dominionists is no different than President Obama attending Jeremiah Wright’s church.

As a general matter, Winning Progressive has a bit of sympathy for the response of conservatives to in depth evaluations of the religious beliefs of GOP political candidates. Faith, or lack thereof, is an extremely personal issue and people generally should have the right to keep their religious views private and shielded from the prying eyes of the media and society if they wish. In addition, our Constitution includes a clear prohibition on religious tests for public office that we should be careful not to effectively undermine.

But the conservative objections to religious questions and false claims of equivalency between the religious beliefs of conservative candidates and those of progressive candidates misses a critical point. Namely, that any expectation of privacy about religious beliefs that a candidate may generally have disappears when those beliefs dictate policy decisions in ways that directly restrict the rights of other Americans or impact our foreign policy. As for equivalency, far too often it is religious views on the right, not on the left, that lead to policies that restrict such rights.

On the other side, it is hard to think of even a single area of policy where progressives seek to restrict the rights of others on the basis of religiously motivated beliefs. While religious values help to motivate many progressives to fight for policies to help the poor, reduce economic inequality, protect the environment, etc. they do not lead to policies that involve restricting the rights of immigrants, LGBT Americans, etc. or dictate our nation’s foreign policy.

In short, the religious beliefs and associations of conservative political candidates matter even while those of progressive candidates typically are not worrisome because it is conservatives who are seeking to use religion as either the reason or the excuse for restricting the rights of other here at home and abroad. If Rick Perry, Michele Bachmann, and others want to stop having to answer questions about their religious beliefs and associations, they should stop supporting policies that would effectively impose their religious beliefs on others.

This entry was posted in The Progressive Connection. Bookmark the permalink.