Working To Curb Hatred: The Day After The 2014 Elections

Once again, election funk appears to have gripped many of us who seek to build a country filled with less anger, hatred, ignorance, and greed. For whatever Tuesday’s elections were about, they were not about a “repudiation” of President Barack Obama’s legislative record. That statement on face value should be seen as absurd (with record-obstruction setting by the Republicans how could Obama have succeeded at much of anything).

Our electoral process is broken in so many ways, on so many different fronts it would be hard to point to just a single issue that caused such a “red” wave inflicted by approximately 38 percent of eligible voters. Off the top of my head, I could rattle off:

One reason that constantly gnaws at me, however, is the hatred and fear that exists in our country since we elected our first African-American president. Sometimes that hatred and fear is overt; other times it is masqued; but mostly it is used to “rile up the base” of people in our country who so panic in the face of “the other.” (Tell me again, why so many of those afraid today proclaim to be followers of someone who told them to “fear not.”) If racism is too strong a word for you, let’s stick with fear and hatred.

So although it would have been far easier to sit home and mope about election results on Wednesday night, I chose instead to trek out and hear Richard Cohen (president) and Morris Dees (co-founder) of the South Poverty Law Center (SPLC) at a presentation and fund-raiser at the Guthrie Theater in Minneapolis.

The SPCL is an organization dedicated to fighting hate and bigotry and to seeking justice for the most vulnerable members of our society. Using litigation, education, and other forms of advocacy, the Center works to make the ideals of equal justice and equal opportunity a reality. Based in Montgomery, Alabama, the birthplace of the modern civil rights movement, the SPLC is internationally known for tracking and exposing the activities of hate groups. Their “Teaching Tolerance” program produces and distributes – free of charge – documentary films, books, lesson plans and other materials that promote tolerance and respect in our nation’s schools.

Their work over the years is legend in terms of litigating against white supremacist groups, and anti-government militias such as the Sovereign Nation. But the SPLC received an extra warm ovation from the packed house in Minneapolis as they acknowledged those in the front row of the audience— LGBT students from our own Anoka-Hennepin County school district (the largest in the state of Minnesota), for whom the SPLC had successfully fought to protect from bullying and harassment. 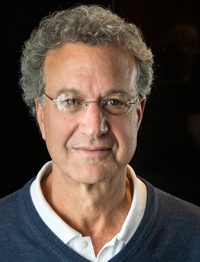 Cohen made a powerful presentation highlighting the history and accomplishments of the SPLC, but it was Dees who took the stage for a “final word” and what he said that cut straight to my heart. Here was this incredible man, who has witnessed hatred and bigotry over decades from the depths of the Deep South to the wooded countryside of Idaho, who spoke from his heart and said, “This was a troubling election.” Yes, he pointed out, there have been other presidents who suffered defeats in year six of their two-term presidency (how often did we hear that Tuesday night with no further explanation from any media). But, Dees said, there was “something new” that troubled him about 2014. He called it “something ominous in the air” because of the changing demographics of our country. There is a fear over those who are different, he said. And, he noted, the face of our changing demographics is President Obama. This election, he stated, had a deep undercurrent that was frightening.

One didn’t have to look far for statistical evidence to prove that point. The evening’s program handout showed the alarming increase in the number of neo-Nazi, Ku Klux Klan, and other far-right extremist groups—from 149 in George W. Bush’s last year in office to a high of 1,360 in 2012.

So although it is hard to argue that corporate-owned media, voter suppression, and apathy didn’t impact the 2014 elections, we as a country would be remiss if we failed to acknowledge the fear and hatred that permeates our national political discourse today because of the fact we have an African-American president. We tend to forget history and indeed what a short time even 100 years can be. The immigration boom of the late 19th and early 20th centuries had left its mark on a changing American landscape by the early 1920s with much of the fear and hatred aimed at Catholic immigrants. The fervor to “close America’s doors” culminated in the Immigration Bill of 1924, which was strongly supported by the Klan, who proudly took credit for its passing.

SPLC co-founder Morris Dees: Something new and troubling about 2014 elections.

The Klan, as it grew from its origins in the South to the Midwest and West, structured itself as a fraternal organization and made huge membership inroads on the local and state political levels, primarily with the states’ Republican parties. Klan membership in Indiana reached 400,000 by 1923 and a man name David Curtis Stephenson took to “mass communicating” hatred via the Klan’s newspaper the “Fiery Cross” as he warned his reading audience of the “foreign influences in the country.” Rush Limbaugh, Bill O’Reilly, Lou Dobbs? They couldn’t hold a candle to Stephenson.

So while Dees is correct, I believe, to say that there is something new in the air with the 2014 elections, one can never forget that fear and hatred are steeped in our country’s history. And as Dees pointed out, despite all the work he and the SPLC do, the need to continue to combat ignorance, fear, and hatred will be here after we are gone. But that will not stop those working for the pursuit of what Dr. Martin Luther King, Jr. said years ago and what is inscribed on a memorial outside the SPLC offices:  “until justice rolls down like water and righteousness like a mighty stream.”

We applaud the work of the SPLC (see below) and we remind ourselves of the power we have to stop the growth of hatred and fear in our individual lives as well as within the country. A “repudiation” of Obama policy? Maybe the 2014 elections were a lot more than that.

A History of Protecting Society’s Most Vulnerable

The Southern Poverty Law Center was founded to ensure that the promises of the civil rights movement became a reality for all. By the late 1960s, the civil rights movement had ushered in the promise of racial equality as new laws ended legal apartheid in the United States. But the new laws had not yet brought the fundamental changes needed in the South.

Blacks were still excluded from good jobs, decent housing, elective office, a quality education and a range of other opportunities. There were few places for the disenfranchised and the poor to turn for justice. Enthusiasm for the civil rights movement had waned and few lawyers in the South were willing to take controversial cases to test new civil rights laws.

Alabama lawyer and businessman Morris Dees sympathized with the plight of the poor and the powerless. The son of an Alabama farmer, he had witnessed firsthand the painful consequences of prejudice and racial injustice. Dees decided to sell his successful book publishing business to start a civil rights law practice that would provide a voice for the disenfranchised. His decision led to the founding of the Southern Poverty Law Center.

“I had made up my mind,” Dees wrote in his autobiography, A Season for Justice. “I would sell the company as soon as possible and specialize in civil rights law. All the things in my life that had brought me to this point, all the pulls and tugs of my conscience, found a singular peace. It did not matter what my neighbors would think, or the judges, the bankers, or even my relatives.”

For a look at their landmark court decisions, click here. For more on their educational materials such as their “Teaching Tolerance” program, click here. And most importantly, click here to donate to keep their work alive and strong. We’re going to need them.

This entry was posted in Citizens United, Thoughts on Life, Wisdom Voices Spotlight. Bookmark the permalink.