For those of us privileged to have been a part o 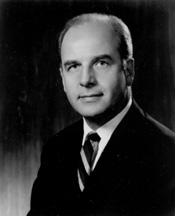 f the first Earth Day in April 1970, it is particularly troubling to see the state of our planet as Earth Day 2011 approaches.  Radiation spewing from Japanese nuclear reactors.  The BP Deep Water Horizon blowout from last year and the damage done to the Gulf of Mexico.  Attacks on the Environmental Protection Agency.  States introducing legislation to close state parks to camping and to use state parks for logging and oil drilling.  And the list goes on.

Our thoughts turn to Gaylord Nelson, the great Wisconsin Senator who had the vision to awaken in us a sense of connectedness to the earth and our environment.  The first Earth Day drew more than 20 million participants.  Stop and think about that fact.  In an age with no internet, no cell phones and no social media, 20 million people participated in a day designed to say “stop destroying the earth.”  American Heritage Magazine called the first Earth Day “one of the most remarkable happenings in the history of democracy.”

Who was this man that inspired so many?  And how important is it today to remember him and what he advanced.  We owe a debt of thanks to the man from Clear Lake, Wisconsin.  Gaylord Nelson, a humble man from a small town, was a revered public servant and a steward of the earth.  He strongly believed in the political power of ordinary citizens and the government’s ability to promote the public good. He served as governor of Wisconsin and as U.S. Senator.

Nelson stands in stark contrast to now-Wisconsin governor Scott Walker.  Nelson understood the power of state government to create jobs and protect the land for future generations.  Through the 1950s, Wisconsin residents had grown increasingly concerned with their crowded and dilapidated state parks, the exploitation of public resources by private industry, and the pollution of the state’s waterways. Nelson promised comprehensive reforms and he delivered. He established unprecedented high levels of public funding for education, health care, unemployment, highways, and urban and rural development. He also began a Youth Conservation Corps to create green jobs for over 1,000 unemployed young people.

In the U.S. Senate, he sponsored or co-sponsored dozens of pieces of legislation, including the Wilderness Act and the Alaska 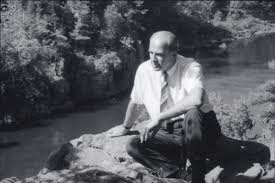 Lands Act. In Wisconsin, his U.S. Senate legacy includes the St. Croix Wild and Scenic Riverway and the Apostle Islands National Lakeshore.  Nelson was also a trailblazer in consumer protection, and was one of only three Senators to vote against the $700 million appropriation that signaled the start of the ground war in Vietnam.

The Birth of Earth Day

The idea for Earth Day was born in August 1969 after Nelson surveyed an oil spill off the coast of Santa Barbara, California. Against this backdrop, Nelson thought of the college “teach ins” being used to educate campuses about war in Vietnam. What if, Nelson wondered, students used the same forum to raise environmental awareness, and what if they coordinated their events to fall on the same day, grabbing headlines and sending a strong environmental message to Washington? He proposed the idea in front of a small, fledgling conservation group in Seattle on September 20.

Nelson and his staff worked tirelessly to promote the day and coordinate selected events, but Nelson often said that Earth Day “organized itself.”   Speaking on the first Earth Day to a group in Denver, Nelson said, “Our goal is not just an environment of clean air and water and scenic beauty. The objective is an environment of decency, quality and mutual respect for all other human being and all living creatures.”

When Senator Nelson received the Presidential Medal of Freedom in 1995, President Clinton noted, “as the founder of Earth Day, he is the grandfather of all that grew out of that event: the Environmental Protection Act, the Clean Air Act, the Clean Water Act, the Safe Drinking Water Act. He also set a standard for people in public service to care about the environment and try to do something about it.”

We have traveled far from the path that Gaylord Nelson envisioned.  As we watch what is unfolding on today’s environmental scene, we should all stop and realize that there was a time when it was different and most importantly that we have the power to turn the conversation back to protecting and caring for the Earth.