‘A Community To Which We Belong’

“We abuse land because we regard it as a commodity belonging to us. When we see land as a community to which we belong, we may begin to use it with love and respect.”

In order to appreciate the work of the Aldo Leopold Foundation, one has to have a knowledge and appreciation of the man for whom the foundation is named.

If you have not heard of Aldo Leopold, his “land ethic,” or his internationally renowned book, A Sand County Almanac, there is no better time than the present to discover who this remarkable man was and the debt of gratitude we owe him.

Or, if it’s been awhile since you’ve reflected on the man many consider to be the father of wildlife management and of the United States’ wilderness system, revisiting the Aldo Leopold Foundation whether through a virtual or in-person tour provides the opportunity to remember and refocus on the legacy that challenges us to see the natural world “as a community to which we belong.” 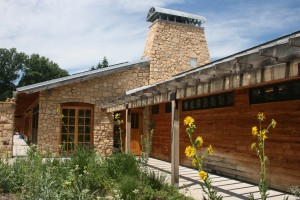 The Aldo Leopold Foundation, in Baraboo, Wisconsin, was founded by Leopold’s family to ensure that their father’s vision of a land ethic would continue to inform and inspire the conservation movement. “In 2012, the foundation has grown and matured so that we see it having an important role to play for people who look to Leopold to find wisdom (to establish a more ethical relationship with the natural world) as well as it serving as a way to inspire or re-inspire people to continue to do their own good work on behalf of the environment – wherever they happen to be,” said Wellington B. (Buddy) Huffaker IV, foundation president and executive director.

“For example, there are lots of people who have read Sand County Almanac (which has been translated into 12 languages) and have been influenced by Leopold’s writing and thinking who are working in their own communities.  Yes, the challenges are still immense, but I think the argument is pretty strong that there is actually more good work going on now than ever before. But it is more at the local community level, where people are working on their watershed, their creek, behind their house.  I think the foundation has an important role to play in ensuring that good work continues.”

One of the newest and most exciting ways the Foundation keeps the voice and spirit of Leopold alive today is through their newly released DVD Green Fire, which describes the formation of Leopold’s idea, exploring how it changed one man and later permeated through all arenas of conservation. The film draws on Leopold’s life and experiences, and then it explores the deep impact of his thinking on conservation projects around the world today. Through these examples, the film challenges viewers to contemplate their own relationship with the land community.

The film, Huffaker points out, offers great potential for the Foundation to “reach out” to those who seek knowledge, energy and a common ground with others in their communities working to promote and foster the land ethic of the 21st century.  In addition to individual purchases of the DVD, the film is also intended to be shown in public settings such as classrooms and libraries.  The film is scheduled to be aired on Wisconsin Public Television this month with plans for distribution to other public television stations nationwide in 2013.

“We’re seeing groups of 500 people come together in community to watch a film and talk about what a land ethic could and should look like in their community.  We now have more than 800 communities across the country doing showings and this film is still in its infancy,” Huffaker said.  “And that’s what we want to have happen out of the showing of the film – the idea of working in communities.  We want people to find out what does a land ethic mean to them and then to get them engaged and involved and take on environmental and conservation issues in their communities.

“I think the common denominator is a thirst by people who want to be engaged and be part of a bigger community in which they can see what they are doing in their life and their community and how that relates to and is connected to the bigger movement.  Leopold serves as this connective tissue.”

The movie trailer offers an explanation for the film’s title and provides more on Leopold’s legacy.

“We feel Leopold’s message is as relevant as ever,” said Huffaker. “Although A Sand County Almanac has been repackaged in multiple languages, we felt that in order to reach people in today’s world we needed to use visual medium for communication. The film is an opportunity to not just tell his life story but also to show how people in communities all across the country are in fact trying to implement a land ethic in their communities, whether it’s in urban Chicago or the southwestern part of the country. We looked at how we could present Leopold to a new generation in a medium in which they were more comfortable and could perhaps make a deeper impact on them.”

Another outreach program that excites Huffaker is the Land Ethic Leaders program. The two-day program teaches community leaders from across the country how to lead reflective discussions using literature, film, and artwork to get people talking about critical environmental issues more deeply and the relationship between our human communities and what Leopold termed “the land community.”

“They become ambassadors for the environmental movement, and this program is subtly and substantively different from what we’ve (the environmental community) done in the past,” Huffaker said. “Often our environmental community has been good at telling people what they should care about and why, but not as good at starting a conversation by asking them, ‘Well, what do you care about and why?’ This program is an entrée for the discussion that can lead to strengthening community around shared values.

“Using Land Ethic Leaders across the country is a way of trying to get their communities to think about what the future should look like and how they can, for example, restore a stream, or do some kind of wildlife habitat program.  There’s a ripple effect it’s having and it’s really a program that has just started.

“What we’ve been learning (as we reach out to people) is that we often don’t lead with terms such as ethics or conscience. We try to find language that is more comfortable and creates conversation.  And then all of a sudden, people realize, ‘Oh, I do care about that family farm. Or I can remember the apple trees blooming.’  You have to give people the chance to get into the conversation.  In the Leaders Program we get them to try and lead a conversation with others that starts at more of a superficial level but then deepens when the confidence and comfort of the participant is there to talk more.”