Best Governor In The Nation?

“The land may be yours. But the water belongs to all of us, and to all who will follow all of us.’’

It’s hard to escape headlines made by Republican governors across the country. There’s New Jersey Governor Chris Christie who always seems to be in the news, whether it’s bridges or NFL owners’ boxes. Then there’s Scott Walker of Wisconsin prowling around for his bid for the Republican presidential nomination. And Kansas Governor Sam Brownback received a spot-on Melissa Harris-Perry “letter of the week” Sunday for his announcement that he plans to continue “trickle down” economics for his state, which is now running close to a $300M deficit after his disastrous tax cuts for the wealthy in that state. And the 2014 state-level red landslide swept back into power what seems like dozens of Republican governors. 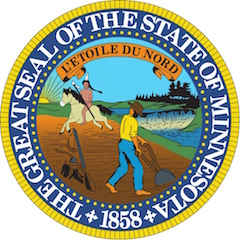 The great state of Minnesota and its governor, Mark Dayton, showing a model of leadership

I would argue, however, that the governor who should receive more national attention resides in Minnesota, a “blue island” in a sea of red. Take a look at a map. Surrounded to the east by Wisconsin (Scott Walker back for 4 more years of destroying public education and unions); to the south by Iowa (Joanie Ernst off to DC); to the west by South Dakota (God bless the memory of George McGovern. Will a Democrat ever see the light of day there?); and North Dakota (can you say pipelines and fracking no matter what your political affiliation).

Minnesota DFL (Democratic Farm Labor) Governor Mark Dayton, narrowly elected in 2010 and re-elected with a resounding majority in 2014, has made huge strides in cleaning up the mess left by his predecessors: Republican Governor Tim Pawlenty, and Jessie Ventura (Independence Party). As one local progressive talk show host has repeatedly stated since 2010, “Mark Dayton put on the big boy pants” and took on the needed leadership role to get the state back to prominence by recommitting to funding public education and to creating a thriving environment for jobs.

A recent editorial in a Wisconsin newspaper compared the border states and pronounced Minnesota the winner hands-down. Equating the same time in office with Scott Walker, the paper concluded this about Dayton and Minnesota:

“Dayton grappled with a $5 billion deficit and after a grueling fight with Republicans that resulted in a government shutdown in 2011, the state balanced its budget in part by borrowing against its commitment to education aid (later repaid in 2013 and Minnesota now runs a budget surplus). After the 2012 elections when Democrats took control of the Legislature, taxes were raised on the wealthiest Minnesotans and tobacco taxes were increased…Minnesota has increased its minimum wage to $9.50 an hour and has it indexed to increase with inflation…Minnesota took Medicaid money and created its own health care marketplace, reducing the number of uninsured residents. Wisconsin rejected federal money…that cost the state an estimated $206 million over the past two years…Forbes ranks Minnesota as the ninth best state for business, No. 7 in economic climate and No. 2 in quality of life. Wisconsin is ranked 32nd, 27 and 17 on the same measures. The cost of doing business in Minnesota is 0.2 percent below the national average. Wisconsin is 1.7 percent above the average. The median household income in Minnesota is about $60,000. It’s just below $52,000 in Wisconsin.” 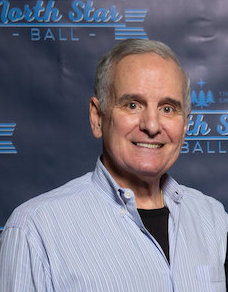 Minnesota Governor Mark Dayton: “The land may be yours. But the water belongs to all of us, and to all who will follow all of us.’’

I have always been a fan of Mark Dayton. For starters, he played hockey at Yale. College hockey — perhaps the best sport out there. But more than anything, I’ve admired his commitment to promoting and pursuing social and economic justice. For a man born into wealth (the great-grandson of one of Minnesota’s founding families; the Dayton’s Department Stores later became Target Corp.), Dayton came of age during the days of the Peace Corps and VISTA (Volunteers In Service To America) and the ideals of public service. He has been a living example of the words: Much will be asked to whom much has been given. After graduation from Yale, he taught 9th grade general science for two years in a New York City public school, and he still refers to it as the toughest job he ever had. He also credits it with providing him a first-hand knowledge of the importance of properly funding public education.

I will never forget his remarks in November 2012 when Minnesota had just beaten back a constitutional amendment (put forth by the Republican controlled legislature) on voter ID. Dayton worked tirelessly — with former Republican governor Arnie Carlson — to defeat this transparent assault on our right to vote. A somewhat shy individual who is often uncomfortable speaking to groups, Dayton’s voice boomed to a packed gathering after the election when he said, “Thank You…You saved democracy in our state.”

Yet, it was his actions this past week that profoundly illustrates this man’s commitment to leadership for the “common good.” In a day and age when Republicans in the United State Congress cannot acknowledge the science of climate change, the Minnesota governor stood before a gathering of the state’s Department of Natural Resources and proclaimed an idea that has slipped from our collective consciousness: that polluting the state’s waters with agricultural waste and runoff impacts all of us. And that water is part of the commons—that water is not for the proprietary use of one person or one industry. And that without leadership, Minnesota’s natural resources could end up destroyed now and for future generations.

His simple yet haunting comment came after he proposed a 50-foot grass or similar buffer be placed around all state waters to help with contamination of the waters. He concluded by saying:

“The land may be yours. But the water belongs to all of us, and to all who will follow all of us.’’

Star-Tribune columnist Dennis Anderson captured the essence of the Governor’s unexpected announcement in his Sunday column: “Because the governor had done what no Minnesota governor has done in recent history, or perhaps in all of history: He grabbed with both hands the third rail of state politics: agriculture and its desire to be left alone, as free as possible from oversight…For now, Dayton’s initiative is reason enough to celebrate, because in the never-ending battle to sustain wild places and wild critters, leadership is everything, as Teddy Roosevelt demonstrated more than a century ago. And among state conservationists, Dayton has earned that title. Leader.”

It has been said that states provide “laboratories” for democracy. There is little doubt that with Dayton’s leadership Minnesota is providing a great lab experiment to how raising taxes on the wealthy, committing to public education, and the commons provides a winning formula.

Leadership. Mark Dayton, reminds us that public service was— and can be again—a sign of leadership; reminding us that short-term profits are not the only thing that drives our lives, and reminding us that the commons is part of what a Democratic RePUBLIC is all about.

The best governor in the country? From the viewpoint in Minnesota, the answer is easy.

This entry was posted in Democracy, Thoughts on Life and tagged Governor Mark Dayton, Minnesota, the commons. Bookmark the permalink.