As anniversaries go, it’s not one that brings forth great celebrations.

But January 21, 2013 will mark the third year of the U.S. Supreme Court’s 5-4 landmark Citizens United decision in which the Court ruled that corporations have First Amendment rights and that the government cannot impose restrictions on their political speech. It cleared the way for corporations and other special interest groups to spend unlimited amounts of money on elections.

The 2012 local, state and national election cycles were the first to feel the full power of the unlimited cash flow. It was almost impossible to keep track of the number of times the words “record amount of money spent” on elections were used nationwide on candidate elections and ballot initiatives.

Where does it stop? How do we end the “corporations are people my friend” talk that permeates our political scene? Is there hope that at sometime within our lifetime we can return to an era when money did not so blatantly rule campaigns?

Without fundamental change to the Citizens United ruling, there is little hope that anything but moneyed interests will prevail in the fight for social, economic or environmental justice. To coin a phrase from a great Paul Newman movie: This is the issue. There are no other issues. 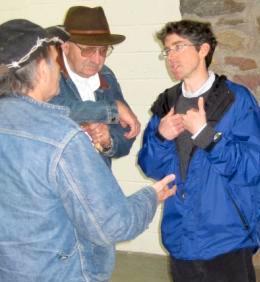 John Bonifaz of Free Speech For People continues the day-in and day-out work of educating people on how to overturn Citizens United.

How best to overturn Citizens United? It looks as though a 28th amendment to our constitution provides the best vehicle. The work to save democracy falls squarely on the people – once again.

How far have we come and how far do we have to go to realize a constitutional amendment? To begin the new year, Wisdom Voices recently spoke with John Bonifaz, a constitutional lawyer and co-founder and director of Free Speech For People . Bonifaz’ and his organization’s relentless work (see below) remain one of the greatest beacons of hope to overturning Citizens United.

“As we go into 2013 what I think we are seeing is significant momentum around the country for a constitutional amendment that overturns Citizens United and reclaim our democracy for the people,” Bonifaz said.

“Three years ago we helped to launch this movement with many others around the country to press for a 28th amendment that would restore democracy to the people. At that time, there were plenty of skeptics who thought an amendment movement would not have any staying power, could not be built and that people around the country would not get engaged with pushing for what is an ambitious goal.

“But I think what we’ve found over the past 3 years, is those skeptics have been quieted. We are now more than a quarter of the way there (see table below) to the number of states needed to pass or ratify an amendment bill coming out of Congress. It takes 38 states, and we have 11 on record calling for an amendment – including most recently Montana and Colorado.”

Bonifaz points to the Colorado and Montana victories as especially significant because it reinforced the idea that getting money out of politics is not a partisan issue. Whether people affiliate with one party or not, they realize the disastrous impact on unlimited money in political campaigns.

“Those ballot initiatives were quite significant because they demonstrated this appeals to people across the political spectrum,” Bonifaz said. “55 percent of the voting electorate in Montana voted for Gov. Romney to be president. And, 75 percent of the voting electorate there voted for a ballot initiative that called for a constitutional amendment to overturn Citizens United to make clear that corporations are not people and money does not equal speech. So there were a number of Republicans obviously for that initiative as well as Independents and Democrats.

“In Colorado, we had the same kind of outcomes. 75 percent of the electorate – far more than what President Obama achieved in his victory – voted for the ballot initiative. I think what that shows is that this is not solely something that appeals to the progressive end of the spectrum. This is a question for all Americans – whether this is a government of, by and for the people or of, by and for the corporations. More and more what we’re demonstrating is that wide spread majorities of the country – regardless of their political persuasion agree that we have to restore democracy to the people.”

And even more encouragement comes from local initiatives underway. Check out what just happened in Ft. Atkinson, Wisconsin. Yes, right under the nose of Republican governor Scott Walker, the local municipalities of Ft. Atkinson and Whitewater will put forth a referendum on the concept of “corporate personhood” and generally curbing election spending by special interest groups on the April 2 election ballots.

“Beyond the states, we’ve seen significant action at the local level,” Bonifaz said. “More than 500 municipalities are on board calling for an amendment. We’ve seen 11 state attorneys general on board. There are more than a dozen amendment bills pending in Congress and the President is on record for supporting a constitutional amendment

“This is only going to grow in 2013. We’re going to see more states get on board. We’ve initiated a new effort with Auburn Theological Seminary (New York) to reach out to hundreds of religious leaders around the country to join this call. I think we’re going to see many other voices come forward and the movement is going to gain that kind of traction.”

Bonifaz is quick to point out that although it may have seemed that individual billionaires may have had more of an impact on the elections that did direct corporate donations, the sheer amount of money is what should cause individuals great concern.

“The point is that money clearly impacted these elections,” Bonifaz said. “For starters, money determined which issues were on the table. We had enormous sums of money at the federal, state and local levels that effectively blocked those who did not have access to money from getting into the game and being part of the political process. You cannot be a candidate running for political office today unless you have the ability to raise large sums of money.

“We don’t have public school teachers running for office. We don’t have janitors running for public office. We don’t have bus drivers. This profession, of being a public servant, which should be for the people, is relegated to people who have independent wealth or ability to marshal large sums of money from wealthy donors. That I think is a troubling part of our democracy today and very damaging to the idea of one person/one vote and political equality for all.

“The second point is irrespective of the actual outcomes, the fact is that money did shape the debates we saw. We had the most expensive election cycle overall with $6+ billion spent in this past presidential and congressional cycle. And the limits are only going higher. It’s exponential in terms of the growth of unlimited spending. What it means is more and more citizen voices are drowned out.

“I don’t want to diminish the enormous amounts of grass roots political power we saw in this last election cycle,” he added. “There were a lot of efforts to fight back against the power of big money. But the underlying theme here is that big money has an enormous influence disproportionately in our political process today and unless we restore democracy to the people, unless we allow for Congress and the states through a constitutional amendment to set reasonable spending limits on campaign finance and make it clear that corporations are not people, the matters are only going to get worse.”

What Can You Do?

As simple as it may seem, it is up to us, the “average” American citizen to make the changes necessary to keep democracy alive. And remember the old saying: Just because it’s simple, doesn’t mean it’s easy. 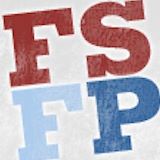 There are many things we can do. Perhaps the easiest would be to visit the Free Speech For People web site and sign their resolution by clicking here. There’s also great information on how you can help to add your community or state to the list advocating change.

“We invite people to check out our resource section,” Bonifaz said. “People can work to help hold town hall or neighborhood events. This is where people get educated. People can work to get resolutions passed at the local level. They can come before the governing body whether it’s the town council or county commissioners and have them stand up and join this movement. We’d love to get people’s help in reaching out to local business leaders, to reach out to local religious leaders. I think people can do at the local level what’s necessary to build this movement.

“Our hope is that in 2013 there will be further debate in the Senate and House, but the best hope is coming from the states. I’d like to see another five join the list in 2013. It may not happen overnight – this is the biggest challenge we have before us today We have a 24 hour news cycle; we have things people do instantaneously and who sometimes have an impatience with change – they want to see it right away. Yet history teaches us that things of this magnitude can sometimes take time. That doesn’t mean that it has to take 90 years like the woman’s suffrage movement, but it does mean we are in this for the long haul if that’s what it takes. It’s the promise of the American people and our democracy that fuels it all forward.”

This entry was posted in Citizens United, Democracy, Progressive Profiles and tagged Campaign Finance Reform, Citizens United, Free Speech For People, John Bonifaz, This Is What Democracy Looks Like. Bookmark the permalink.