At A Loss For Words

It isn’t often we find ourselves at a loss for words, but as we close out 2016, we feel what more can be said that hasn’t already been said. We stand at the brink of unchartered waters and wonder – as much as anyone – what will happen as 2017 dawns. We have no predictions, no for-sure remedy’s, no assurances that all will be well in the short term. 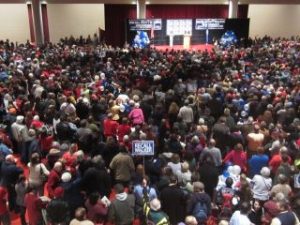 Gathering in large numbers for peaceful, non-violent protest will be key.

So we decided to make our last newsletter of 2016 one that reflects on the many people we have talked to or written about since we began this journey. The struggle continues, the fight does not end and we take solace in history – a reminder that the only way out is through.

We urge you in the days ahead to:

In hopes of staying inspired, we highlight just a few of the great fighters for progressive values we have talked with over the years – or others from history – who remind us to never give up – no matter what the odds. We’ve linked to our individual features (and the dates first published) if you would like to read more about them.

Mother Jones – 2015: The tiny but powerful figure of Mother Jones, typically clad in a black dress, her face framed by a lace collar and black hat, stared down company goons with guns, encouraged fearful strikers whose resolve would falter during month-long strikes, and went toe-to-toe with the powerful politicians of her day. 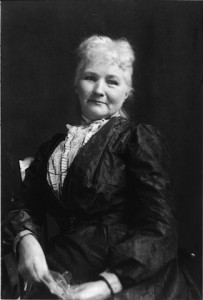 Mary Jones lost her four children and her husband to a yellow fever epidemic after the Civil War. No surprise that she made children and their plight part of her fight for better living conditions.

She turned her personal sorrow into a struggle to help others…Yet, she never lived to see the official organization of the steel workers, which did not come until the mid-1930s. After the failed strikes of 1919, she wrote, “A day will come when the union banners will wave in triumph over the still mills. Not in my lifetime, for my days are almost over…but surely in yours. Do not give up hope!”

David Bender 2013: “As long as the institutional levers of power are controlled by the military and intelligence community and contractors and the corporations that are doing billions if not trillions of dollars worth of business and who set public policy based on their agendas and not that of the American people, nothing will change. That’s what I see as the challenge. That means we have to come up with a new way of dealing with this. We have to find ways for people to use the power they have—the power of the ballot is not what it once was. In fact, voting has become more theater than substance. We need to find a way to harness the power of the American people and the power they’ve got is strength in numbers, which can overwhelm the likes of the Koch Brothers, no matter how much money they have. The Koch Brothers can influence public policy but they cannot buy 300 million people. They can distract them; they can mislead them; they can pay for networks like Fox News but they cannot buy the people. And where I see the future and hope is that ultimately through this new technology with a platform like we have with Progressive Voices, we’re going to reach the next generation and they’re going to recognize something that Europeans have recognized for a long time. When Europeans have a situation in which workers’ rights are taken away—as they were in Wisconsin—they stop working. When consumers see a situation in which they are being exploited by large corporations who double and triple oil prices, then the only power you have collectively—if we were to harness it—is to simply tell those corporations ‘no.’ You don’t have our money. We are not going to buy your products; we aren’t going to participate in whatever this anti-union, anti-worker system is.

“In Europe it’s called a general strike. But what it allows people to do is vote with their pocketbooks. That collectively is the power we have. They can manipulate and buy our influence through the electoral process; they can’t make us spend money. What we need to do—through platforms like Progressive Voices—is to say the enemy is not government. We have to strengthen government to bring these people down. We have to break up these concentrations of wealth that have such influence over public policy; we have to reverse Citizens United; we have to reverse Buckley v. Valeo (money is speech) and that’s going to take a generation or two.”

John A. Ryan 2013 and the origins of a “Living Wage”: Considered to be the foremost social justice advocate of his day (early 20th century), Ryan argued that every person, because they are “endowed by nature or rather by God, with the rights that are requisite to a reasonable development of his personality,” has a natural right to share in the earth’s products. The primary natural right to subsist on the bounty of the earth exists at all times; in an industrial society that right takes the form of a living wage. Subsistence, a bare livelihood, is the product of man’s right to life; a “decent livelihood” is demanded by man’s dignity.

Robert Koehler – 2013: Defending peace – “9/11, Bush, the war on terror — these things have shattered the national soul. This is the new normal — an Orwellian permanent war, now hardly more than background noise. This sort of thing I never, of course, foresaw in my younger days. Now the quest for peace has intensified in urgency tenfold or a hundredfold. Human civilization is unraveling environmentally, politically, culturally, spiritually. A warped economic system depends on war: the military-industrial complex, the prison-industrial complex. We have a system that requires enemies, that weeds people out. To hear the stories of those who are on the wrong side of the divide, whether at home or abroad is so heartbreaking, but what it has done is open up the urgency of peace like never before — the urgency of learning how to build a new sort of society, based on connectedness, the Golden Rule.”

John Bonifaz – 2013: “I don’t want to diminish the enormous amounts of grass roots political power we saw in this last election cycle,” he added. “There were a lot of efforts to fight back against the power of big money. But the underlying theme here is that big money has an enormous influence disproportionately in our political process today and unless we restore democracy to the people, unless we allow for Congress and the states through a constitutional amendment to set reasonable spending limits on campaign finance and make it clear that corporations are not people, the matters are only going to get worse.” 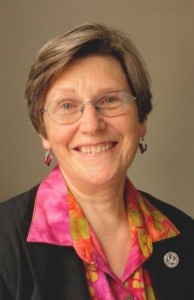 Fighting for economic and social justice is nothing new for Sister Simone and NETWORK, a 40-year-old organization.

Simone Campbell – 2012: “The struggle right now is for the soul of our nation.  Are we going to continue to be fearful individuals who don’t look out for one another? Frankly, only rich people can pander to individualism because poor people know you have to work together.  You have to cooperate.  We found much more community among low-income people, where our sisters work than even what we found even in our ‘friend raisers’ where we found middle class folks who felt so isolated and adrift.  The response to our bus tour was so overwhelmingly positive.  It was awesome. The $64,000 question of course is, what happens next?”

Wendell Potter – 2012: “Be skeptical about what you hear. Know that almost everyone you hear expressing a point of view has an agenda. Don’t outsource your thinking to TV commentators. Take the time to try and educate yourself. We all lead busy lives, but educating yourself is important. Think beyond yourself. Think about your children and the kind of world we’re creating for them. It’s important to spend a little time to get informed before you pull a voting lever.”

Brad Friedman – 2011: “The systems we use for voting are absolutely insane and the fact that it’s not considered a problem is insane.  And if you look back to Watergate, which was an undermining of our system of democracy, it is so much easier now than it was during Watergate to do just that.  You now have one person, who with a few keystrokes on a computer can flip the results of an entire election with no possibility of ever being detected.  It’s just that easy.”

This entry was posted in Campaign Finance Reform, Democracy, Labor, Thoughts on Life. Bookmark the permalink.