Single Payer: It Remains The Only Answer

We’re winding down on the “open enrollment” period for the Affordable Care Act. March 31, 2014 will be the last opportunity for United States citizens who currently lack health insurance coverage—or seek better insurance than they currently have—to enroll in the program. Many of us have defended the ACA for what it is—a small step forward in an archaic health care delivery system in this country. Yet the truth cannot be covered up. The ACA still falls far short of providing health care for all U.S. citizens. It still amazes me how many people I talk to who are unaware that the United States remains the only industrialized and educated country on the planet that does not provide some form of universal health care as a basic right for its citizens.

As Robert Fulton noted in a recent article in the California Health Report:

“Considering the prospects of a United States single-payer health care system, physician Matthew Hendrickson quipped: “Americans will always do the right thing, only after they have tried everything else.”

His message: Single-payer systems are the only surefire way to provide health care coverage to all while also controlling costs, and are bound to take root in the U.S. eventually.

Simply put, a single-payer system is government-run health insurance, with no premiums and no co-pays. Variations include the socialist British structure where providers are employed by the state; the Canadian version that has the government directly reimburse private-sector providers; or the French and German system, where the state pays providers through highly regulated insurance companies. “

David Dvorak, PNHP:
“As Americans dutifully purchase insurance on the state exchanges, many are unaware that the out-of-pocket expenses required by those policies still place them at risk of medical bankruptcy.”

So, while the ACA chugs along its bumpy and imperfect road in 2014, we here at Wisdom Voices will hold regular discussion on how and why we need a single payer health care system in this country. Our motto remains:  Single Payer, The Only Answer.

We are building relationship with Physicians For a National Health Plan (PNHP), Health Care for All Minnesota (HCAMn), Labor for Single Payer and other regional and national groups who are doing the continued work of educating citizens and legislators about the sanity of a single payer health care delivery system. We can “fact and stat” how single payer is a better and more economically sound solution than the for-profit insurance companies that dictate our health care delivery system, but we begin with the reality of individuals who suffer unnecessarily because of our for-profit health insurance system. It is in telling these stories that the reality of our health care system failure is most vividly illustrated. Our current system—with or without the ACA—still fails.

We recently met Dave Dvorak, M.D., M.P.H., who practices emergency medicine in Edina, Minnesota, and who is a member of PNHP.  It was in reading a 2012 article he wrote for Minnesota Medicine just hours after reading the poignant post from Donna Smith, executive director of Health Care for All Colorado: Barium in My Belly, That Old Familiar Terror in My Gut that prompted us to start our 2014 single payer push by reposting Dave’s original article below. Click here to access Donna Smith’s article. Both highlight the pain that far too many of us experience with our current health care delivery system.

Dave provided us with this update to his 2012 article, reprinted, with permission, below.

“While the ACA will enable millions of Americans to obtain health insurance, its fundamental drawback is its dependence on the profit-driven private insurance industry to provide most of that coverage. As Americans dutifully purchase insurance on the state exchanges, many are unaware that the out-of-pocket expenses required by those policies 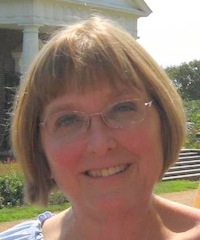 Donna Smith, Executive Director of Health Care for All Colorado

still place them at risk of medical bankruptcy.  A bronze plan on the state exchanges will cover a mere 60% of expenses.  With deductibles running in the several thousands, copays, and coinsurance, millions of Americans will have to choose between receiving necessary medical care and meeting basic family budgetary needs.

“Donna Smith’s recent health encounter starkly illustrates the health system’s ongoing barriers to care and speaks to the urgent need to continue fighting for true reform of our broken system.”

“How much will this cost?” he asks. It’s the question at the heart of any business transaction: Is this new car, this plane ticket, this iPad worth the asking price?

But the man sitting before me is not a customer in an automobile showroom or an electronics store. He is my patient in the emergency department, and he is weighing whether to undergo the chest CT scan I have just recommended.

“I’m uninsured,” he says. “I lost my health coverage when I got laid off from my job three years ago. This is all coming out of my pocket.”

An ex-smoker in his late 40s, he has been coughing up increasing amounts of bloody sputum over the past month. What began as occasional, tiny red flecks has progressed to thick crimson streaks he can no longer ignore.

“I can only give you an estimate,” I say, “but I’m guessing a chest CT scan plus the radiologist’s fee will run in the neighborhood of $2,000.”

Like most emergency physicians, I have catalogued in my brain an endless litany of precise numbers—physiologic parameters, normal lab values, weight-based drug doses. But when it comes to knowing the costs of the myriad tests, medications and treatments that I routinely order for patients, I can offer little more than a rough estimate.

“I was afraid you’d say something like that,” he says. “I figured CT scans don’t come cheap.” He sighs quietly. “I’m raising my 8-year-old daughter on a pretty lean budget.” He looks thin in his hospital gown and a shade pale, a few days of graying stubble on his chin.

“But I’ve been worried about this for too long,” he says. “I know I need to have it.”

An hour later, I am seated at my computer scrolling through digital CT images while the radiologist on the phone describes the findings.

“In the hilum of the left lung there is a 4.5 centimeter lesion very likely to represent malignancy,” she says. My gaze falls on the irregularly shaped white mass, its tiny tentacles invading the delicate latticework of the surrounding lung tissue.

“Unfortunately, it gets worse,” the radiologist says. “There are also multiple scattered smaller lesions throughout both lungs, highly suspicious for metastases.”

There was a time during medical school and residency when I regarded abnormal clinical and radiographic findings with intrigue. I remember the excitement of hearing my first heart murmur. Of palpating a thyroid nodule. Of visualizing an ovarian mass on pelvic ultrasound.

But after years of clinical practice and countless patient encounters, I now find it difficult to view abnormal findings separately from the human lives they affect. I see an elderly woman’s hip X-ray, knowing that the fracture line coursing through the femoral neck likely spells the end of her days of independent living. A peculiar bright patch lighting up in the brain’s left hemisphere on an MRI scan signifies that a man will no longer be able to grasp a pen or a coffee mug in his right hand, will never again be able to speak a meaningful word to his family.

I hang up the phone, my eyes lingering on the CT images, the sinister white lung mass and its small-but-ominous satellites. And I am aware of their significance—that a middle-aged man will not live to see his daughter’s wedding.

I return to the patient’s room and sit down on the bedside stool. Before I speak, I feel his gaze upon me, anxiously searching my face for any subtle indication of the words to come.

“I’m sorry to have to give you this news,” I say, “but your CT scan shows findings concerning for lung cancer. It’s possibly spread to both lungs.”

He stares ahead, unblinking, his facial pallor seemingly more apparent. After a few moments, he speaks.

“On some level, I was expecting something really bad like this,” he says. “But, of course, you always hope that everything will turn out fine.”

My mouth, having grown dry, lacks the appropriate words to console him in this moment of utter sorrow. So I put a hand on his arm.

“I’ll talk to our on-call oncologist,” I tell him. “We’ll figure out a plan for you.”

He waits patiently until I return to his room once more, armed with an action plan.

“The oncologist is going to admit you to the hospital and start the workup,” I explain. “He’ll order a PET scan to see if there’s been spread to other parts of the body. Then they’ll do a biopsy of that main lesion in your lung to determine the best treatment options—whether it be radiation, chemotherapy or some combination of the two.”

A long period of silence follows, time for my patient to process the information I have conveyed. I anticipate forthcoming questions.

“I suspected that you’d want to do all those things,” he says, finally. “But I’ve already been thinking this through, and I’ve decided that I’m going to have to pass on your recommendations.”

“As I said before, I’ve got no health insurance,” he says. “But there’s one thing I do have—my house. And it’s fully paid for. I guess I’m not willing to mortgage it—and ultimately lose it—to pay off endless medical bills. My house is the only thing…” His voice trails off.

After a pause, he continues. “My house is the only thing I’ll have to leave my daughter when I’m gone.”

Tears have gathered in the corners of his eyes. I offer him a box of tissues, and he takes one.

We sit together in a room in a modern emergency department in a rich country, a land where highly trained specialists confidently wield the newest technologies and expensive pharmaceuticals. But these treasures are not accessible to all, for ours is also a land where private health insurance is bought and sold as a commodity. Ours is a system known to shake down sick people for money they don’t have. Ours is the only wealthy democracy that fails to guarantee health coverage to all of its citizens.

Just as it is failing now.

He looks down at his watch. “Thanks for all you’ve done. I really appreciate it. But I’ve gotta leave now,” he says. “I have to go pick her up from school.”

I can’t help but feel that we are better than this.