Too Early To Chill The Champagne? Action to Overturn Citizens United Heats Up 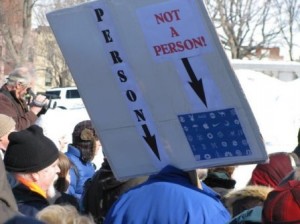 The hustle and bustle of the holidays, the background noise of the GOP presidential debates and before you know it, you’ve missed a story that takes root in the month of December.  It’s the time of year when it’s pretty easy to lose track of some noteworthy news items, no matter how many aggregated news services or web sites you monitor.

I took note the last few weeks on what seemed like an unusually high amount of  activity around  the topic of a constitutional amendment to overturn the horrendous Supreme Court Citizens United decision.  It was as though every day brought another mention of someone doing something.

Back in August when I talked with John Bonifaz of Free Speech for People, the idea of amending the constitution seemed – at best – as if it would happen during my grand children’s lifetime.  The road would be long and filled with incredibly hard work and organization.  A constitutional amendment in my life time?  It seemed a long shot.  But take a look at this – all of which has come about in the last 6-8 weeks.

“There has been a flurry of activity,” Bonifaz said emphatically in a recent phone interview.  “I believe the public is behind this idea and is ready to restore democracy to the people.  Members in congress are starting to hear from their constituents about the need to do this.

“I am thrilled.  Obviously the Occupy Movement has helped and I think people are realizing this is a very special moment in our history – that the time is now to create the change the country so desperately needs.”

For your review, I offer the following:

And one of the best overall sites to keep bookmarked so as to stay up-to-date on the latest is Move To Amend.

In recent interviews for our feature on the Young Elected Officials Network, both Director Andrew Gillum and Wisconsin State Senator Chris Larson specifically called out overturning the Citizens United ruling as the number one issue of their generation.

This will happen — in my lifetime.  It’s often said that before you can make something happen you have to visualize it.  I think within the last few weeks, the vision has come clearly into focus.

I can’t wait.  I think I’ll get the champagne chilling now?